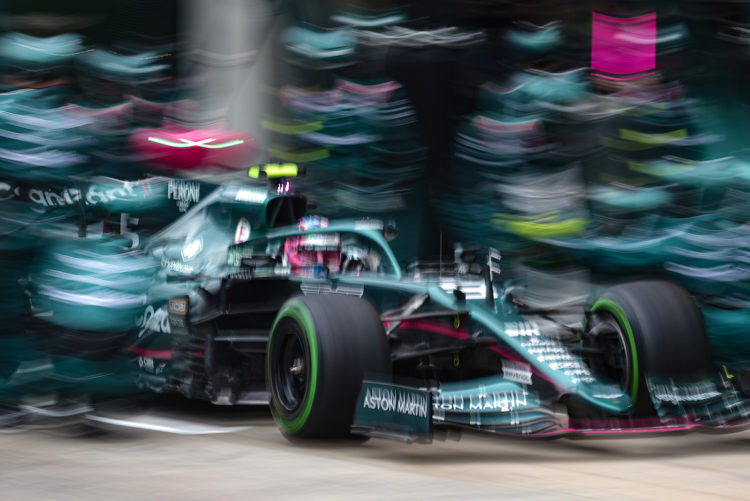 In 2020, prior to its transition to Aston Martin, Racing Point ended the year fourth in the Constructors’ Championship, scoring one pole position, one race win and four podium results.

However it has taken a step back this year, with the team citing regulation changes to the floor as the reason for its drop in pace.

In the Constructors’ standings, it currently sits seventh and trails AlphaTauri ahead by 31 points.

Big-name signing Sebastian Vettel holds a low-key 12th in the standings, having only finished in the points on four occasions since joining for 2021.

“I refuse to believe Sebastian has embarrassed himself. It’s more the team that is embarrassing itself at the moment,” Schumacher, uncle of Haas racer Mick, told Sky Germany.

“The package is just not going in the right direction and doesn’t seem to be able to develop, although they have a very close co-operation with Mercedes. Of course, the fact they have taken on a lot of new staff could stand in the way.”

Schumacher doubts the situation will improve across the remainder of the season.

“’I don’t think we will see Sebastian in the top 10 very often, unless accidents at the start happen like in Budapest [when there was a multi-car collision at Turn 1],” Schumacher added.

“They are definitely behind McLaren and Ferrari, and even AlphaTauri are in front, so it will be a tough end of the year for Vettel.”