Alonso: Ferrari wasn’t ready to win championships with me or Vettel 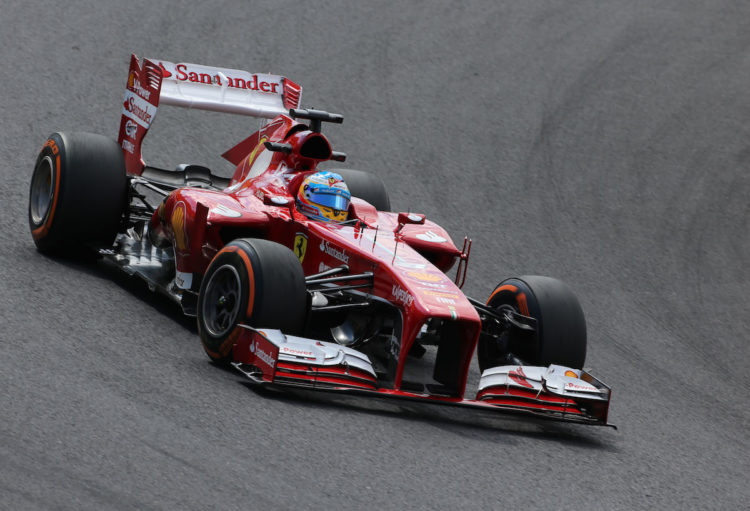 Fernando Alonso says Ferrari was not ready to win world titles during both his and Sebastian Vettel’s stints with the team.

Alonso joined Ferrari in 2010 and came close to achieving a title that year, and narrowly missed out once more in 2012, before leaving the team after the 2014 season.

Vettel joined Ferrari as Alonso’s replacement and was in contention for championships in 2017 and 2018 before falling short.

Currently, Ferrari fields a much younger line-up in Charles Leclerc and Carlos Sainz, which Alonso believes means the pressure isn’t as high on the outfit.

“We often had close battles when I was in the Ferrari and he [Vettel] was in the Red Bull,” Alonso told F1-Insider.

“In 2012, he was even a little lucky in the last race to still finish the race with a badly damaged Red Bull.

“We both tried Ferrari, got close at times, but didn’t make it in the end. Maybe Ferrari wasn’t ready to have a world champion in the cockpit again when we were racing.

“I think now they’ve changed their planning. Expectations are no longer so high, they’re racing with young drivers. They now tend to think in longer periods, no longer in the short-term.”

Alonso embarked on a rivalry with Vettel’s compatriot Michael Schumacher during the early stages of his career, succeeding him as champion in 2005, prior to beating him in the 2006 title fight.

The Spaniard now competes on the grid with Michael’s son Mick, labelling it “special” to have his former rival’s offspring in the series.

“It is indeed something special to have him [Mick] in Formula 1,” Alonso said. “He has the same abbreviations as his father on the time monitor.

“I find that very moving. I like him a lot, I like his way, I like his whole demeanour in Formula 1. He reminds me a lot of his father.

“In the body language, in the facial expressions, with almost everything. I can only wish him that he will soon have a competitive car. Then he’ll go his way.”