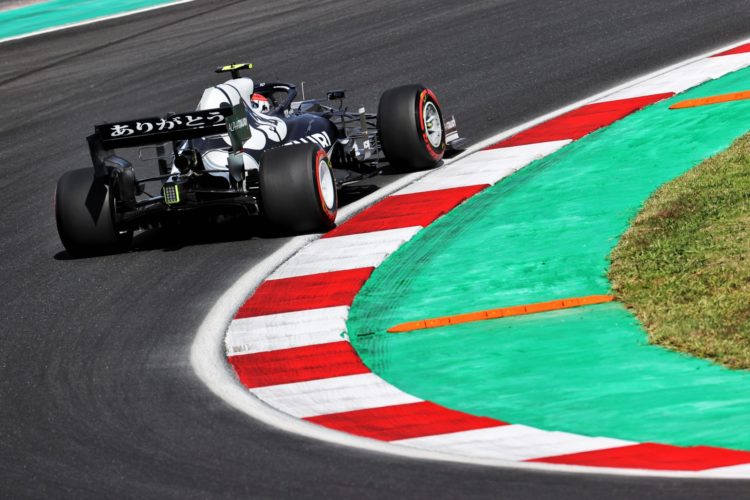 Pierre Gasly says AlphaTauri’s AT02 is “working well everywhere” as the outfit attempts to overhaul Alpine for fifth place in the standings.

AlphaTauri has not finished in the top five of the championship throughout its history, stretching back to its foundation as Minardi in 1985.

Gasly raced to sixth place in Turkey, despite incurring a five-second time penalty for clashing with Alpine’s Fernando Alonso, to enable AlphaTauri to close to within 12 points of its opponent.

“What we can take away from the last race in Turkey is that our pure performance was really good and in qualifying we were fighting within a tenth of Ferrari and Red Bull,” said Gasly.

“The race might have been even better without the penalty but finishing 10 seconds off the podium behind two Mercedes, two Red Bulls and a Ferrari is really positive.

“It’s nice to confirm that we are back nearer the front of the field once again.”

Bumps were prevalent at the Circuit of the Americas, venue for this weekend’s United States Grand Prix, during Formula 1’s most recent visit in 2019.

The situation was prominent again during MotoGP’s round earlier this month and while work has been done to try and alleviate the problem Gasly expects teams to have to negotiate the issue.

“Having watched MotoGP a few weeks back, the bumps which were already pretty bad last time we raced there, seem even more severe now,” he said.

“It will require some sort of compromise on set-up, but we won’t really know until we get there.

“I’m not particularly worried about it, because our car is working well everywhere at the moment and we just have to avoid any problems waiting to ambush us, so that we can continue to close in on Alpine in the championship.”