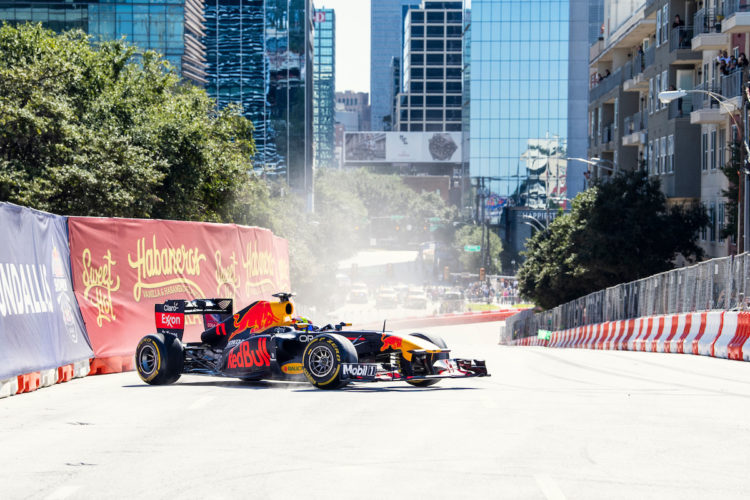 Ahead of the upcoming United States Grand Prix, Red Bull’s Sergio Perez took to the streets of Dallas as part of a show run.

The Mexican was behind the wheel of the 2011 RB7 car, which took Sebastian Vettel to his second world championship in dominant fashion 10 years ago.

Perez completed runs in the Harwood District of Dallas, 37 years after the city held its sole grand prix, a week in advance of Formula 1’s return to the Circuit of the Americas, just outside Austin, Texas.

“Today was very special, I really enjoyed it,” Perez said. “It was the first-time doing donuts in the Red Bull car which was a lot of fun and it was definitely a day that none of us will forget soon.

“I always love visiting the US, I could feel the energy from the crowd and it was amazing to see the smiles on people’s faces.

“Thank you to all of the fans for the support today, it’s made me even more excited to race next weekend in Austin, hopefully we can make it another double podium.”

Last time out at the Turkish Grand Prix, Perez finished on the podium for the third time this season, crossing the line in third place behind Mercedes’ Valtteri Bottas and team-mate Max Verstappen.

Perez enters the final six rounds of the 2021 Formula 1 season fifth in the championship standings, as he looks to aid Red Bull’s push towards a first title since 2013.