Perez: Verstappen has been ‘driver of the season’ so far 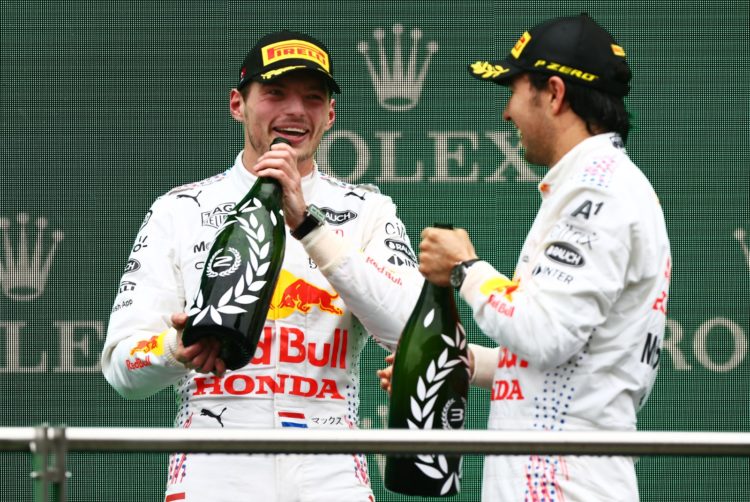 Sergio Perez has praised Red Bull team-mate Max Verstappen as 2021’s standout driver and has lauded how “he delivers without mistakes at such a high level.”

Verstappen has taken seven victories this season to hold a slender six-point advantage over Mercedes rival Lewis Hamilton in the championship.

Perez, who joined Verstappen at Red Bull for 2021, claimed victory in Azerbaijan and currently occupies fifth in the standings.

“Well I think Max has been the driver of the season to be honest, so far,” said Perez at last weekend’s Turkish Grand Prix.

“I think he has done the least mistakes of anyone out there. He’s put things together at a very high level.

“I mean the season is still very long so we will see later on, so far I have been surprised in a very positive way about how he delivers without mistakes at such a high level.”

Perez believes Verstappen’s results, and affiliation with the RB16B, highlights the strengths of the package.

“Obviously it’s not easy, you know, being Max’s team-mate because he’s at one with the car, he’s really delivering at a very high level,” said Perez.

“We’ve got a unique car in a way. And it hasn’t been easy. You need to be mentally very strong after each day and I think that’s one of my strengths to take the most out of it and try to get the maximum out of every Sunday.

“I had a difficult process to adapt to the car but nothing too dramatic or nothing that stands out.

“It’s obviously a very good package and a very competitive one. Max is showing that this car is if not the best, it’s one of the best out there.”