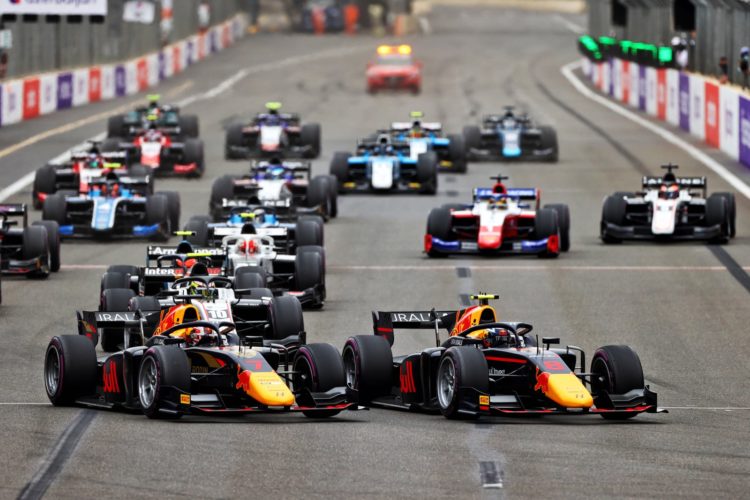 Formula 2’s boss says the championship plans to assist teams financially after unveiling a record-breaking 28-race calendar for the 2022 season.

Formula 2 will revert to holding two races per weekend from 2022 after the three-race format introduced in 2021 was deemed too unpopular.

On Friday Formula 2’s 2022 schedule was unveiled and it will feature 14 rounds.

It is the busiest calendar since the series was rejuvenated under its current management structure, when it was called GP2, in 2005.

Formula 2 will join Formula 1 in holding its opening and closing rounds in Bahrain and Abu Dhabi respectively.

Formula 2 will visit Imola and Zandvoort for the first time while there are returns to Barcelona, Spielberg, Budapest and Spa-Francorchamps after they were omitted from the 2021 calendar.

Events at new-for-2021 Jeddah, Monte Carlo, Baku, Monza and Sochi have been retained.

“I am pleased to present the largest calendar we have ever had in Formula 2, with 14 rounds and 28 races,” said Formula 2 CEO Bruno Michel.

“This results from a strong will from our stakeholders to have F2 race alongside as many Formula 1 Grand Prix as possible.

“A lot of circuits have expressed their interest to have our championship added to their race weekend programme, but for costs reasons, we cannot increase the number of rounds more than we already have.

“This calendar will of course induce an increase of our teams’ budgets, but we will support them so that they are able to manage the extra costs.”