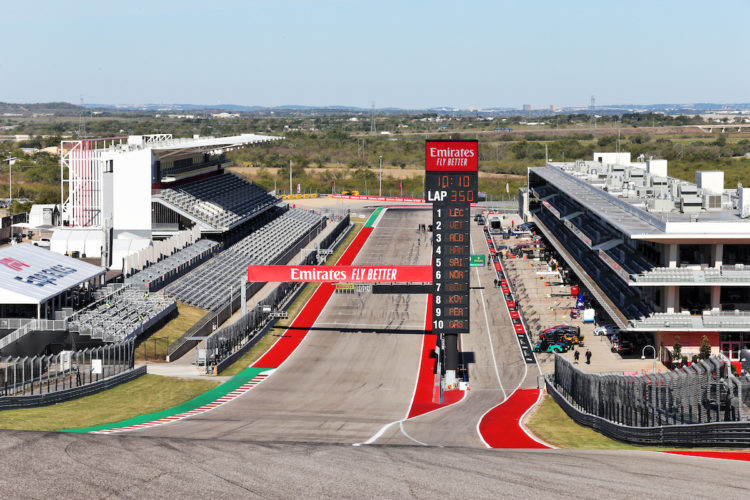 Formula 1 is working to fix some of the bumps at the Circuit of the Americas that were recently criticised by MotoGP riders.

The premier motorcycle class visited the Austin circuit earlier this month, while F1 will return to the venue for the first time since 2019 next weekend.

Throughout the MotoGP weekend, riders were left disgruntled by the bumps despite the fact the track had been resurfaced following F1’s grand prix in 2019, when the surface issues were also persistent.

Sebastian Vettel retired with a suspension failure at that event, with Ferrari blaming the bumps for the non-finish.

F1 race director Michael Masi says he has consulted with FIM, MotoGP’s governing body, and that work is being done ahead of F1’s visit.

“I was on the phone to my FIM colleagues all weekend whilst they were in Austin to get a true understanding of the entire situation,” said Masi.

“What we have actually done is, since the 2019 F1 event a large part of the circuit was resurfaced to counter some of the issues that we saw in 2019. The areas that were raised by the bikes is different areas to those were resurfaced.

“Tony Cotman, who is one of the FIA circuit inspectors who was previously Champ Car/IndyCar race director, who is in the US, has been out to Austin already during the week.

“He’s done a report and the circuit are doing some changes for us to address some of the concerns.

“They’ll grind some bumps and so forth, but we’ve got some time to do it so they’ll do what they can in the time frame.”

COTA was absent from the calendar last year amid the Covid-19 pandemic, the first time it has not featured on the schedule since it joined the calendar in 2012.