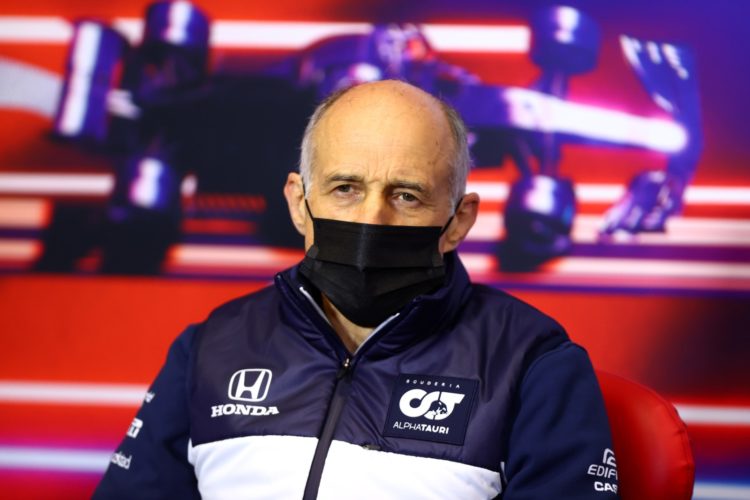 AlphaTauri Team Principal Franz Tost says Formula 1 personnel who are unhappy over the expansion of the calendar should seek alternative employment.

Formula 1 is due to unveil an expanded 23-race calendar for the 2022 season later this week, featuring the inclusion of Miami, and the return of events that have not featured since 2019.

It is understood that there will be two triple-headers in the second half of the season in order for Formula 1 to wrap up its championship to avoid a clash with football’s World Cup.

It has raised questions over the welfare of travelling personnel but while Tost outlined protocols AlphaTauri has in place he suggested those involved in the sport should be happy to be employed.

“We know now that we have 23 races,” said Tost at last weekend’s Turkish Grand Prix.

“It’s fantastic, good job from FOM, I am looking forward to it.

“Regarding the people at the track. First of all, we are a race team. They all should be happy that we have as many races as possible and, of course, we take care of the people.

“For example, the mechanics after a race weekend they have three days, four days off where they can stay at home. And also, press, marketing, all the people which are at the race track have some free days after the race weekend.

“Engineers it’s a little bit more difficult but also, if I remember back in former times, they had to go after a race weekend to tests which means that they also had to work there.

“I think we all should be happy that we are in a position to be in Formula 1 and to have 23 races. And if someone doesn’t like it, then he should go.”

Expanding further on the anticipated 2022 schedule, Tost said: “The first triple-header is the easy one – Zandvoort, Spa and Monza. I don’t think there is any problem.

“The second one with Russia, Singapore and Japan is a little bit more a heavy one but I think from the logistics side everything is under control, we are then nearly in the same time zone so I don’t expect any problems.”