‘Goldilocks’ Turkey not barometer for rest of 2021 – Mercedes 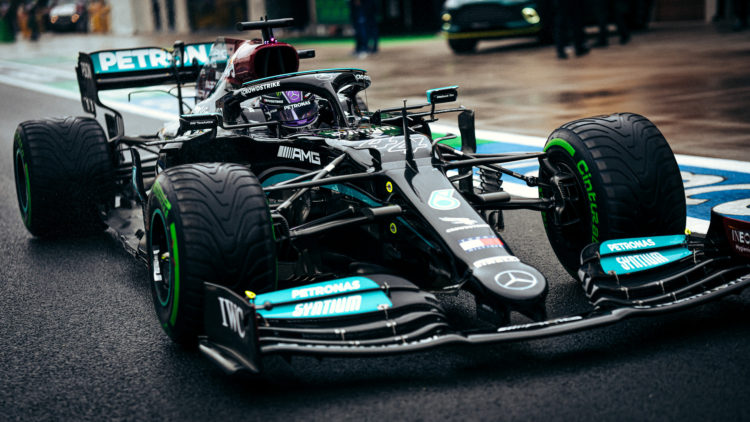 Mercedes says its performance in Turkey does not guarantee it will have an advantage through the rest of 2021, but accepts it has had the faster package for most events since Britain.

Mercedes has been locked in a close fight with Red Bull Racing through the 2021 season as it strives to win the title for an eighth successive year.

Mercedes put in one of its most convincing displays of the season in Turkey as it finished 1-2 in qualifying, with Valtteri Bottas going on to control the race, while Lewis Hamilton recovered from a penalised 11th to classify fifth.

The team’s Chief Technical Officer James Allison nonetheless cautioned that the unusual nature of Istanbul Park’s circuit, and its tarmac, means it cannot be taken as a firm indicator for the rest of 2021.

“It was a very strong weekend, we were looking good all the way through, dry, wet, free practice, qualifying, race, we were strong this weekend,” said Allison.

“We knew that we were very strong but we also knew that the margins between this strength and being more average were quite slender.

“A few degrees here or there and we could have been out to the goldilocks zone on the hot or the cold side.

“It was a very good performance, the car was very well balanced, we didn’t seem to suffer as much from the understeer that was fairly prevalent up and down the pit lane.

“But I don’t think you could read that automatically into the races to come.”

Allison nonetheless accepted that Mercedes’ W12 has been a more potent package since introducing a raft of updates ahead of July’s British Grand Prix.

Mercedes entered that weekend 44 points behind Red Bull in the standings but it now has a lead of 36.

“In Silverstone we put a decent upgrade package on our car, and it has sort of made our season a happier place,” he said.

“In the races since then, I think there has only been one where we were comprehensively beaten and that was Zandvoort.

“On the others I think arguably we have shaded it with the quickest car and in a couple of places like Istanbul, Sochi we were proper good, Monza too, good as well.

“So, on average I think we have shaded it but in most of those places where we have been the quicker car, it has been more of a sort of coin toss than a sort of guarantee.

“What I think that means is that we at least are in the fight. You know, if we can work well with our car over the races to come, we have something that does look competitive enough to be in that fight.

“There is more than just speed that will determine the outcome of these races though, as the last several [races] have shown us.”