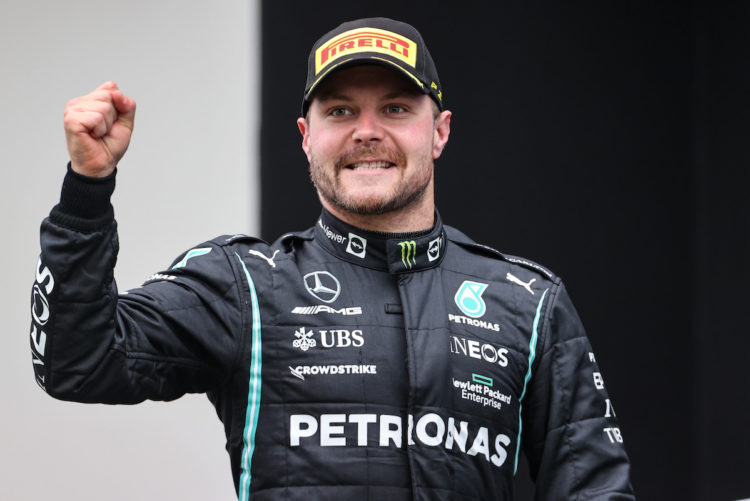 Mercedes team boss Toto Wolff has praised Valtteri Bottas’ performance at the Turkish Grand Prix after the Finn secured his first win of the 2021 campaign.

Bottas ended qualifying in second but inherited pole position from team-mate Lewis Hamilton, who took a grid penalty due to having a fresh engine installed.

Bottas dominated Sunday’s grand prix and even took the extra point for fastest lap after going purple on the final tour of the race.

Wolff hailed Bottas’ drive, insisting it not only helps Mercedes’ Constructors’ Championship fight, but also Hamilton’s quest for an eighth title amid his close battle with Red Bull’s Max Verstappen.

“It may not be his last [win] this season because what he has delivered this weekend was just unbelievable,” Wolff said.

“Started with an easiness from pole, pulled away, was the quickest man on track, best in terms of tyre management, always under control and scored fastest lap.

“This is a 10 out of 10 and can play a vital role in the constructors’ championship but also in supporting Lewis, because today, only Valtteri’s performance prevented Max scoring eight more points.”

The win was Bottas’ first since last season’s Russian Grand Prix, and the 10th of his Formula 1 career.

Having struggled at his visit to Turkey 12 months ago, Bottas says the victory is “up there” in terms of his best wins.

“I don’t have a list of what is the best, second, third, but yeah, it’s up there,” Bottas said.

“I think overall, obviously a win is a win but in tricky conditions and actually having a bit of a margin and so on it’s high up there.

“The main thing is that I didn’t do any mistakes, only one that I had a bit of a snap in Turn 1 on the exit, that was the only one, but apart from that it’s really clean which is ideal and makes me happy.”