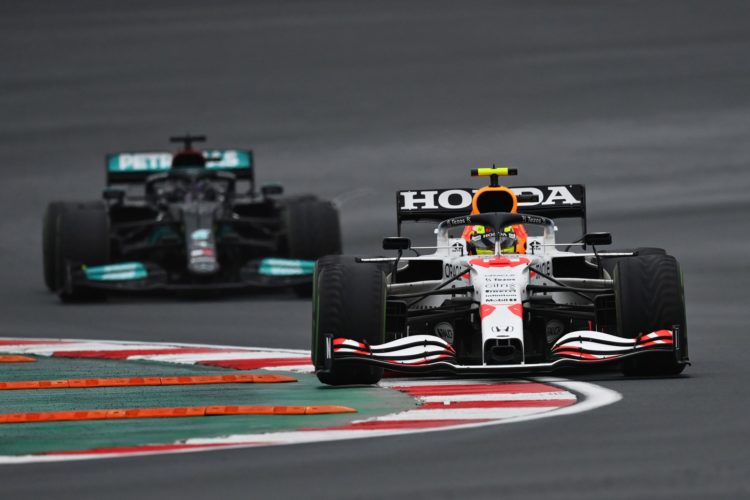 Mercedes secured back-to-back victories in Turkey for only the second time this season and also finished 1-2 in qualifying.

Momentum has swung between the two teams throughout the course of the campaign, with Red Bull earlier winning five successive grands prix.

Mercedes introduced a fresh power unit into Valtteri Bottas’ car in Russia and followed it up with a new Internal Combustion Engine for Lewis Hamilton in Turkey.

“Their straight-line speed has taken a significant step recently and I think that whereas we could match them with smaller wings previously now we can’t get near,” explained Horner.

“We saw that particularly at this circuit where Lewis in particular had a significant straight-line advantage with a bigger rear wing of the car.

“We’ve got to maximise our package as best we can and, as I say, it’s surprising that they appear to have made the step that they have with the power unit.”

Horner suggested that Mercedes’ speed advantage in Turkey was such that it was as if they had been competing with the DRS flap open.

“I think you can see across all of their teams, they’ve obviously got some reliability issues that they’re managing which is unusual for Mercedes, but the performance is still incredibly impressive,” said Horner.

“Whether one comes at the expense of the other, I don’t know but certainly [in the race] it’s been highlighted I think if you look at some of the speed deltas on the back straight at some points it was 15 to 20 km/h which is more than if there would have been DRS.”

Mercedes holds a 36-point advantage over Red Bull in the Constructors’ Championship.