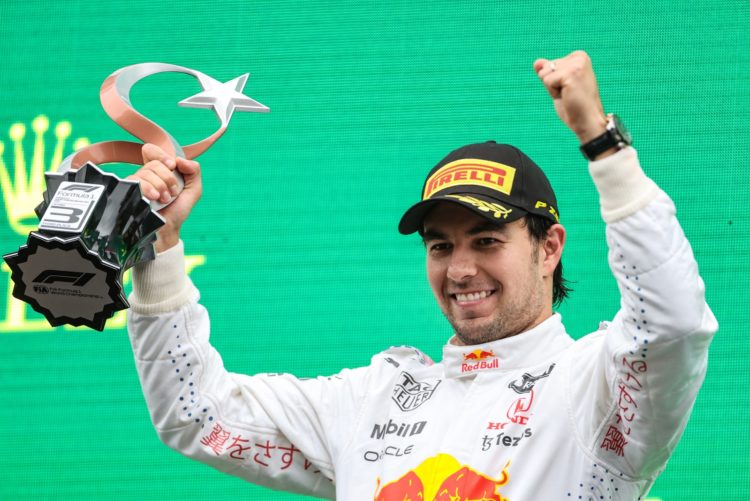 Sergio Perez expressed relief with a return to the podium for the first time since June after classifying third at Formula 1’s Turkish Grand Prix.

Vettel won in Azerbaijan, and then followed it up with third in France, but had failed to score a rostrum across the subsequent eight events.

During that spell Perez was involved in incidents in Britain, Hungary and Belgium, and also had near-misses in Italy and Russia.

“The last few races have been so unlucky,” said Perez. “In Monza I finished on the podium but I had the penalty; Russia, three laps to go I was on the podium.

“It’s been like coming already for many races but certainly it’s nice, especially where I felt so uncomfortable with the car and we didn’t have quite the pace to match the Mercs.

“I feel like we maximised our result and I’m sure if we are able to do that for the next six races, we can still win the championship.”

Perez moved to within 10 points of Lando Norris for fourth in the standings and believes he has turned a corner with his understanding of Red Bull’s RB16B.

“The whole weekend has been a lot more competitive,” he said.

“In qualifying we didn’t get to show that because we were very aggressive with our strategy, so that put us on the backfoot with the Soft tyres into qualifying.

“I think we just miss that couple of tenths that we had in hand, because we’ve shown good pace throughout the weekend and I’m sure we could have had a much better qualifying.

“So yeah, certainly I can see that understanding I am getting more together with the car.”