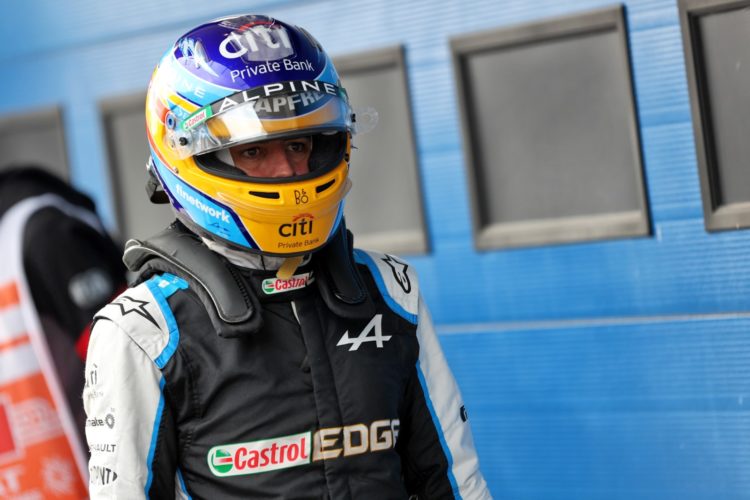 Fernando Alonso quipped that he “luck seems to keep avoiding us big time” in 2021 after his Turkish Grand Prix prospects unravelled on the opening lap.

Alonso started the race from fifth place at a wet Istanbul Park but was tipped into a spin through the first corner after being tagged by AlphaTauri’s Pierre Gasly.

Alonso dropped down the order and then copped a five-second time penalty when he spun Haas’ Mick Schumacher a lap later.

He eventually classified 16th of the 20 finishers.

“We touched each other, unfortunately he had the spin and I got the penalty, I take it of course, because I’m sorry to have the collision with him,” said Alonso on his touch with Schumacher.

“That happened only because I was P14, I should not have been, but the luck seems to keep avoiding us this year big time, so I guess we are accommodating a lot for next year.”

“We’ve been historically this year a little bit less competitive on the intermediate tyres, and the whole race was intermediate, we didn’t even put the dry tyres on, so we need to improve our competitive level also on that compound. But it’s frustrating and disappointing.”

While Alonso expressed frustration at his first-lap incident in the immediate aftermath he cut a sanguine figure post-race.

“I think the first corner is always difficult in these conditions,” he said. “We were nearly for the first time on these wet tyres at the start all together, so these things can happen

“Unfortunately it happened for us when we are top five, but I hope there are chaotic races next time when we are behind but not when we are at the front.”