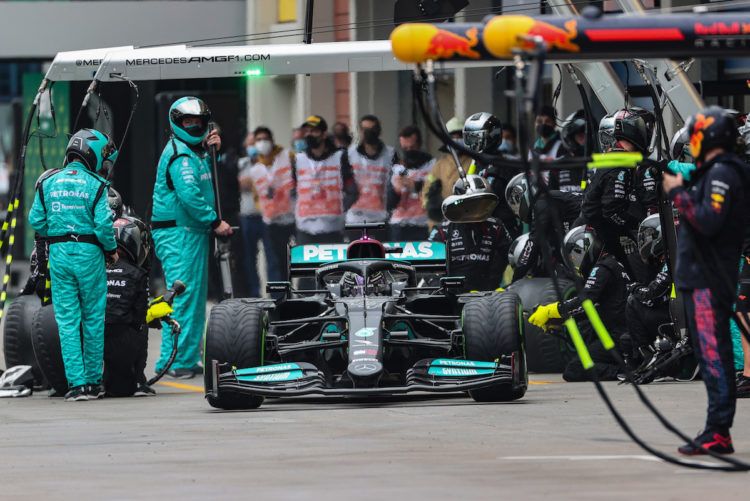 Pirelli says it informed some Formula 1 teams against going the full race distance in Turkey without pitting for a fresh set of tyres.

In wet conditions, drivers are not required to make a pit stop, with the mandatory tyre change only relating to the dry compounds.

Alpine’s Esteban Ocon was the only driver to make it to the end of the race in Istanbul without making a stop, while Lewis Hamilton stretched his first stint to 50 laps.

The Intermediate tyre had much of its grooves, designed to dissipate water, worn away as they went deeper into the race, effectively transitioning it into a slick tyre.

However, those who stopped late into the grand prix suffered from graining, as the track had begun to slowly dry as the laps ticked down.

Nevertheless, Pirelli’s Head of F1 Mario Isola says Pirelli communicated with some teams, advising them to complete the race on a one-stop strategy.

“The drivers who changed their tyres in the final stages of the race found a slightly drier track, leading to a bit more graining,” Isola said.

“Those stopping earlier were able to limit graining on a wetter track, and this was a key advantage in the intermittent rain conditions.

“[Valtteri] Bottas ran the perfect strategy under the demanding circumstances: a one-stopper with two runs on the Intermediates.

“Many other drivers delayed their pit stop: also because it wasn’t clear to what extent the track would dry out before the end of the race, perhaps even allowing a final run on the slicks.

“Going for the whole race on the Intermediates though was not what we would advise, and in fact we alerted some teams to the potential risk of doing that.

Despite Pirelli’s warning, zero drivers retired from the race, marking the third time this year that all 20 starters reached the chequered flag.