Bottas hails ‘one of my best races’ as win drought ends 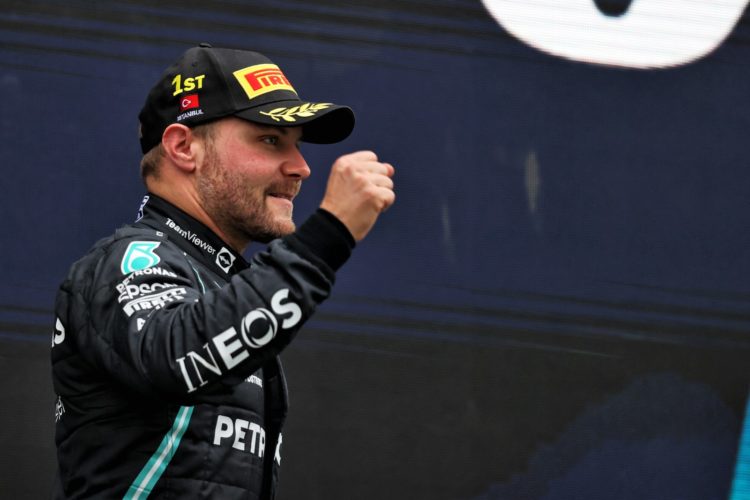 Valtteri Bottas labelled his Turkish Grand Prix performance as “one of the best races” of his career as he ended his Formula 1 win drought.

Bottas’ most recent victory came at last year’s Russian Grand Prix and the Finn had taken eight podiums through 2021 without mounting the top step.

But Bottas controlled Sunday’s race at Istanbul Park, held in wet conditions, to pick up his first win of the year, becoming the sixth different victor of the campaign.

Bottas also collected the bonus point for fastest lap as he strengthened his grip on third spot in the standings.

“I think that from my side it’s probably one of the best races I’ve had ever,” said Bottas.

“Apart from that little slide everything was under control, but like I said before the race the car has been really good in every condition, I had really good confidence with it, could really control it.

“It’s not easy to choose the best strategy in these conditions, when to stop, for which tyre, but I’m glad everything went smooth for me, for once. That’s nice.”

Bottas controlled the race from the front, only having to navigate the yet-to-stop Charles Leclerc, but stressed that it was far from an easy drive.

“When there’s only one drying line it doesn’t need much for you to good off, so I definitively needed to focus all through the race,” he said.

“A difficult one, yes, but it feels like a well-earned victory.”