Verstappen buoyed by turnaround but plays down win hopes 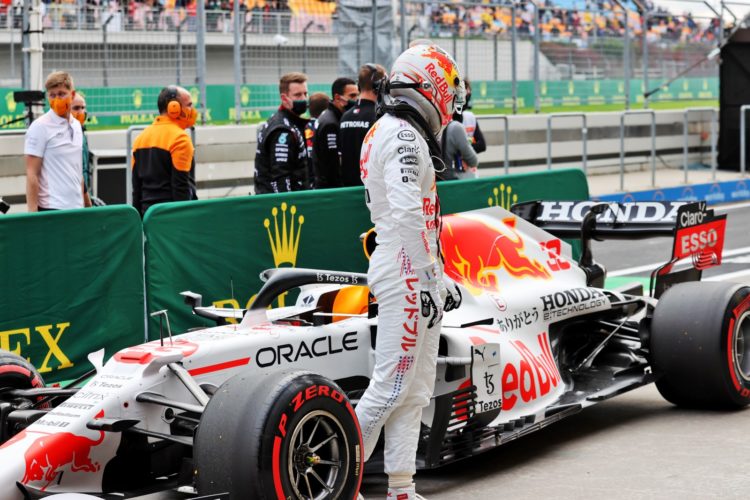 Max Verstappen says Red Bull made strides with its RB16B in Turkey but doubts he has the package to contend for victory.

Verstappen was only fifth in Friday’s second practice session as he struggled with the balance of his RB16B around Istanbul Park.

On Saturday he emerged as the nearest opponent to Mercedes in Q3 but was over three-tenths adrift of the pole position time achieved by title rival Lewis Hamilton.

Verstappen, who qualified third, will nonetheless line up from the front row of the grid owing to Hamilton’s penalty.

“Compared to yesterday we actually managed to turn it around quite well,” said Verstappen.

“The laps, I think overall they were quite good even though the last lap we lost a bit down the straight, we have to look into that but there was not the lap time in it to fight for pole.

“Overall, I think quite a decent recovery compared to yesterday.”

But Hamilton’s penalty means Verstappen will start on the dirtier side of the grid and he conceded “I don’t think it’s a great place on the inside as there’s no grip on the inside line so we’ll see how it goes.”

When asked whether Verstappen felt Red Bull had the speed to fight Mercedes he replied: “No, but we’ll of course try and follow and see what we can do, and see what happens in the race in general.”