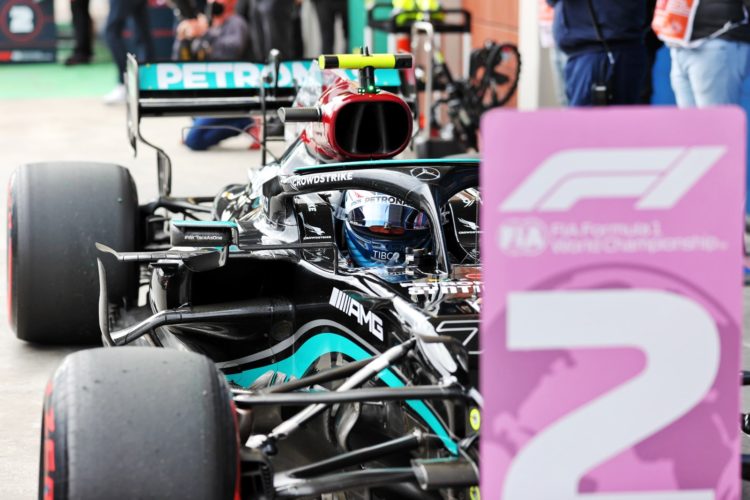 Valtteri Bottas says the prospect of ending a win drought that has exceeded a year acts as a “big motivation” for Sunday’s Turkish Grand Prix.

Bottas has not registered a win since last September’s Russian Grand Prix at Sochi but will start from pole position at Istanbul Park.

It will be only the second time this year, following on from May’s Portuguese Grand Prix, that Bottas has lined up from top spot for a grand prix.

“I haven’t won yet this season,” said Bottas, who will move from Mercedes to Alfa Romeo for 2022.

“This is a big motivation for me but I need to focus on certain things in the race, step by step, keep the focus and hope for the best.”

Bottas finished second to team-mate Lewis Hamilton during qualifying at Istanbul Park but inherits pole position in the wake of the Briton’s 10-place grid penalty.

“It was a good session and, obviously, as a result for us as a team it’s the ideal and perfect in a way, with the situation we have and with Lewis’ penalty,” he said.

“The session itself, Q1 was tricky with the conditions and, to be honest, even in the end of Q3 there were still a couple of spots where there were a few damp patches and you needed to be a bit cautious or find the best way around them.

“But I enjoyed it. Still the grip level was decent and from the start of the weekend the car has been in a pretty good window in terms of the set-up, so we didn’t need to make massive changes. So, I enjoyed it.”