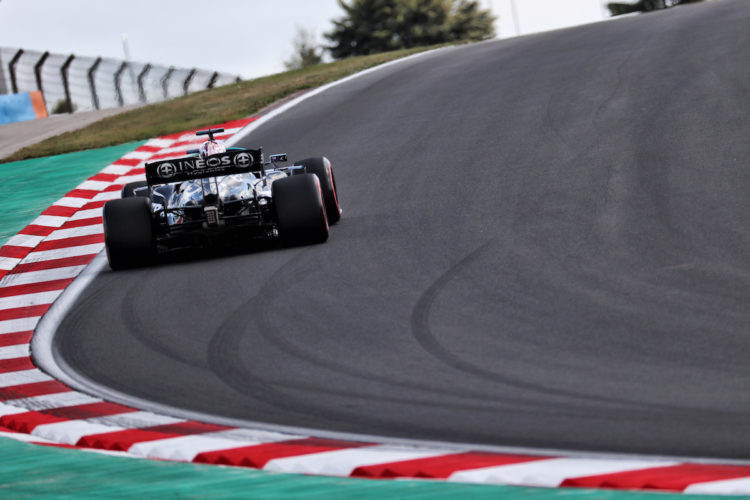 Mercedes has explained why it opted to fit Lewis Hamilton’s car with a fresh Internal Combustion Engine, rather than an entirely new Power Unit, for this weekend’s Turkish Grand Prix.

The fresh engine means Hamilton will take a 10-place grid penalty for the race, rather than being sent to the back of the grid, which would’ve been the outcome had he swapped in a full new PU.

Hamilton is currently engaged in a title battle with Red Bull’s Max Verstappen and leads the Dutchman by two points in the Drivers’ Championship.

Mercedes’ trackside engineering director Andrew Shovlin told Sky Sports that the team feels more comfortable sending Hamilton back 10 places rather than to the rear of the grid, with the ICE being the main root of concern regarding a potential mechanical issue.

“Well we’re sort of simulating all the races until the end of the year and there’s the balance of the risk of a reliability issue – obviously the thing you definitely don’t want to do is fail during a race and then have to take a penalty anyway,” Shovlin said.

“Then there’s also a performance element, because the power units do lose a bit of horsepower over their life.

“Now the 10-place penalty, the bit that most contributes to the reliability and the performance is the ICE itself, and it’s better to take 10 places than start at the back.”

Hamilton’s weekend in Istanbul began strongly despite the penalty as he topped the FP1 timesheet, four-tenths of a second ahead of title rival Verstappen.

With Hamilton now destined to start no higher than 11th on Sunday, Mercedes has not given up hope of taking victory on race day.

“It’s a double-edged sword,” Shovlin said. “It [the new engine] does make it easier to recover, but could it have been a race that Lewis could have won from pole?

“Obviously that balance is one of the things [we consider] but it is what it is and we just need to make the most of getting back and hopefully even having a chance to win.”