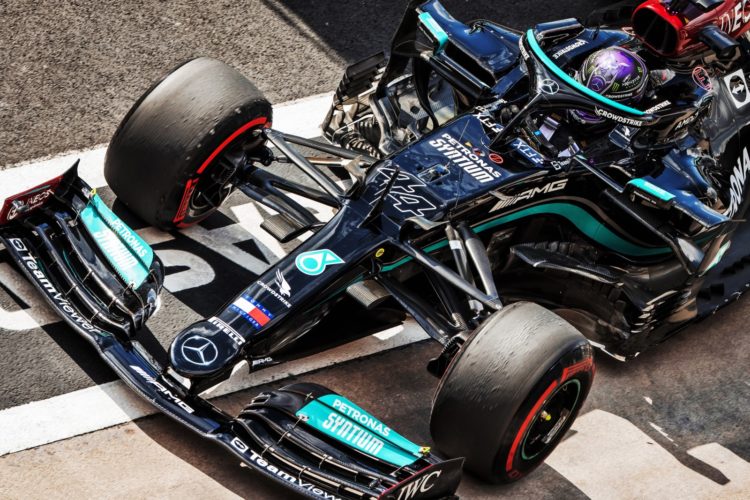 Hamilton, who will drop 10 places from wherever he qualifies owing to taking a fresh Internal Combustion Engine, set two times quick enough for top spot.

Leclerc displayed strong pace throughout the one-hour session as he went fastest during the Medium tyre runs, then recovered from a wide moment at Turn 9 to emerge second-best to Hamilton.

Verstappen slightly off the pace

Verstappen complained of understeer from his RB16B as he finished six-tenths down on title rival Hamilton during their respective Soft tyre runs.

McLaren’s Lando Norris bounced back from his Russia disappointment by placing sixth, ahead of Alpine duo Fernando Alonso and Esteban Ocon.

AlphaTauri’s Pierre Gasly spun through Turn 6 during his race simulation but classified ninth overall, with Alfa Romeo’s Antonio Giovinazzi rounded out the top 10.

Last year’s Istanbul Park round was memorable for a lack of surface grip owing to recent resurfacing and the cool and wet conditions, leaving drivers seconds off the expected pace.

But 11 months on there were little signs of the team executing a repeat display, with Stroll only 13th, and Sebastian Vettel complaining of understeer en route to only 16th.

It meant Vettel finished in front of only the Williams and Haas drivers at the conclusion of Friday’s running.