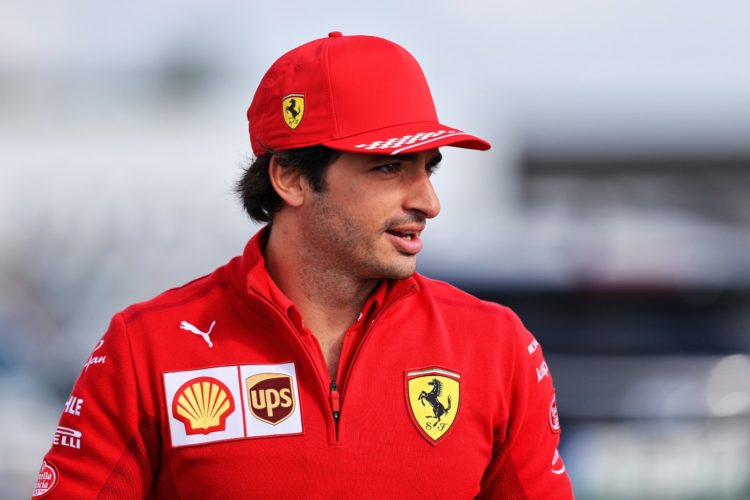 Carlos Sainz says he is unflustered by the prospect of having to start Formula 1’s Turkish Grand Prix from the rear of the field after taking on a fresh power unit.

Ferrari readied its upgraded hybrid system for Charles Leclerc in Russia and has fitted the new component to Sainz’s SF21 in Turkey.

As a consequence Sainz is set to start Sunday’s grand prix from the back of the pack.

Sainz famously claimed his maiden Formula 1 podium, with McLaren at the 2019 Brazilian round, from last on the grid, and also gained 10 places from his starting position in last year’s Istanbul race.

“It actually doesn’t feel that bad,” he said. “If you’re going into the weekend with a new PU that is hopefully bringing a bit of performance and a bit of development to the team, I cannot be disappointed with that.

“Obviously you pay the price of having to start last but I have a pretty good record of starting last and coming through the field in these last few years, so I’m kind of excited [for] it.

“It’s actually okay also to have a different weekend now and then and a different approach, and I find it actually exciting and with nothing to lose.

“You go into a weekend worse than last and you’re starting last. There’s nothing to lose so you can risk it more.”

Last year’s Istanbul round was notable for the surface’s lack of grip following its prior resurfacing, as well as the cool and wet conditions that affected the region.

Ahead of this year’s event the surface has been treated, while its natural evolution should assist the situation, but Sainz is hoping for either low grip or extreme grip to aid his prospects.

“We are all expecting the grip to be better,” he said. “How much better, that’s a different question. If it’s more like Portimao, where the grip is not high but it’s okay, then it should be good fun.

“If it’s like Barcelona or Silverstone, really high grip levels, then it should be also quite exciting because then the tyre wear could be an issue.

“So maybe for my personal interest, I want the extremes, and the more extreme, the more different things can happen – and maybe more opportunity comes for me.”