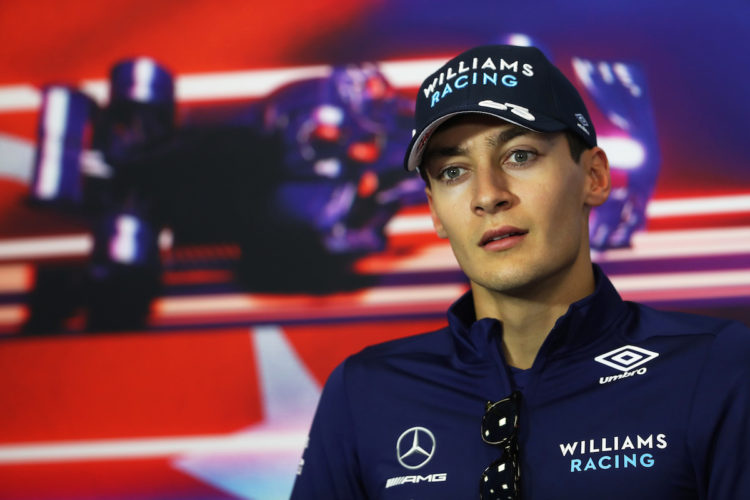 George Russell says there was “no way” he thought a run of point-scoring finishes in 2021 would have been possible following the opening race of the season in Bahrain.

Russell has scored four top 10 results in the last five races, including his first podium at the shortened Belgian Grand Prix, having qualified a shock second.

Williams entered the 2021 season having finished three consecutive campaigns at the bottom of the Constructors’ Championship.

However, with 23 points to its name this year, it is on course to finish eighth, ahead of Alfa Romeo and Haas.

When asked if he could have imagined finishing inside the top 10 on multiple occasions this year, Russell replied: “I’d say definitely not after the first test or race, to be honest.

“Obviously, prior to the season you always hope and you always think it will be an improvement on the previous one.

“But certainly, after the Bahrain test and Bahrain race, there was no way I thought those stats would have been possible.”

Although many of the point finishes came in mixed or wet conditions, Russell still credited Williams for making improvements to the car throughout the campaign.

“I think there’s a lot to thank the team for, making a lot of good decisions at the right moments,” he said.

“If we think back to these races – Spa was obviously wet, last week was very tricky conditions in both qualifying and race.

“Budapest also started the race on the Inters. It was only really in Monza when the conditions were pretty stable but even then we had the sprint race format so things were different again.

“I think we’ve done an amazing job these past five races. We’ve been in the right place at the right time to capitalise on these moments. I think we’ve improved the car as well along this way.

“We’ve understood it more and tried some things, and things have turned out better than perhaps we’d have expected. We’ve found a bit of performance there.

“There was maybe a little change to score points in Sochi given the circumstances at the end of the race with the really difficult final stint but it’s definitely been a good five races or so.”