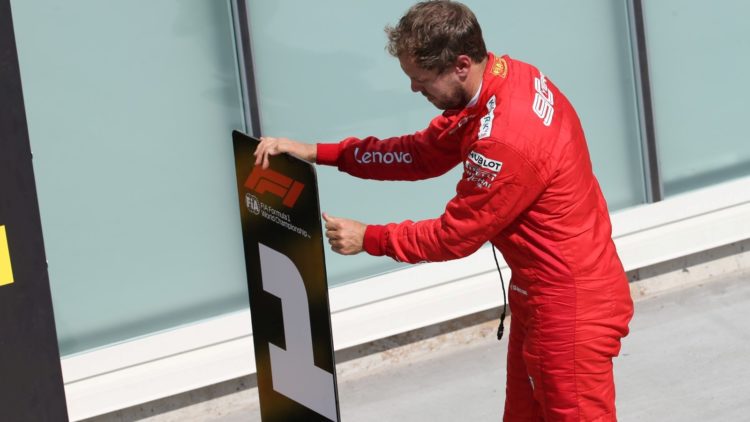 Formula 1 driver steward Emanuele Pirro has explained how the social media backlash he received in the wake of the penalty handed to Sebastian Vettel at the 2019 Canadian Grand Prix, subsequently changed his life.

Pirro’s racing career spanned almost 30 years, most famously taking victory at Le Mans on five occasions, and he has been the driver representative on the stewarding panel on several occasions.

The initiative to feature an ex-driver in the stewards’ room was introduced in 2010 but it was in 2019 when Pirro was involved in a controversial decision at that year’s race in Canada.

Race leader Vettel went wide through Turn 4 and was judged to have re-joined the circuit unsafely and forcing pursuer Lewis Hamilton off-track, receiving a five-second time penalty in the process.

The penalty dropped Vettel from first on the road to second, behind Hamilton, sparking widespread discussion in the aftermath.

Speaking on the official F1 podcast Beyond The Grid, Pirro explained that outside observers are not equipped with the same level of information that is available to stewards.

“[It was] very much unpleasant, in a way it changed my life and also my perception, now my relationship with social media is very different,” said Pirro. “It hurts me more when I see people complaining.

“I think social media enhances the one characteristic we all more or less have which is complaining and frustration.

“I think social media gives the tool to many people to express their frustration, unfortunately not with the knowledge required to analyse certain things and so, that was really unpleasant.

“But more than all the insults that I had, it was because it was a straight-forward [decision], just people did not understand it and at the end the of the day, the whole motorsport of Formula 1 lost something because the majority of the world had a bad perception.

“So at the end we [gave] one [decision] to one racing [incident], [and] this was hurting the whole of F1 because it was perceived in an incorrect way.”

While accepting some decisions may appear controversial, Pirro stressed that stewards have to oblige by the rulebook.

“So this hurt me because I love the sport so much,” he added. “I thought ‘for god’s sake, why don’t they understand that the one who has to win, has to win and not the one you want to win’.

“I think the whole world wanted Sebastian Vettel to win because he was going through a tough time, it was just a wonderful story. If you score and it’s offside, it’s got to be offside. Somebody has to take the decision to make sport fair.”