‘Foolish’ to think Mercedes switch will be easy – Russell 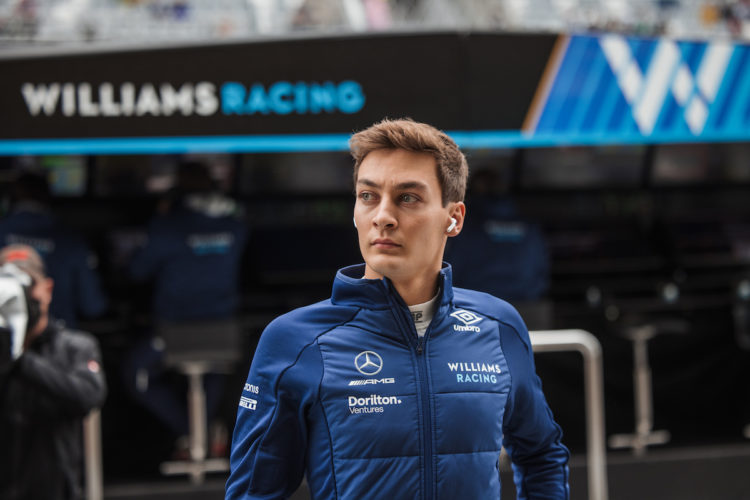 George Russell says he is anticipating a great challenge when he lines up alongside Lewis Hamilton at Mercedes in 2022.

Russell joined F1 with Williams in 2019 as a Mercedes junior driver, and has been signed to replace Valtteri Bottas at the Brackley-based outfit next year.

The 23-year-old has established a strong reputation throughout his career, winning titles in GP3 and Formula 2, before besting team-mates Robert Kubica and Nicholas Latifi at Williams.

Speaking to Bild, Russell asserted his joy over being signed up by Mercedes, but stated he understands the pressure he will be under.

“Signing the Mercedes contract was one of the greatest moments in my life, but it is only the first step,” Russell said. “The really hard work has yet to come.

“To drive for a team like Mercedes and alongside Lewis Hamilton – if I thought it was easy, I would be foolish.

“I am happy, but I also know that things are only really getting started now. It’s going to be the greatest challenge I’ve ever faced.

“I know what it took to get here. Getting into Formula 1 is not the end. My goal is to become World Champion.”

Russell joined Mercedes’ junior programme in 2017, but revealed that he first made contact with Mercedes boss Toto Wolff a handful of years prior.

“I emailed Toto in December, 2014, quite late in the evening, that I had sent him my resume and that I would like to meet him,” Russell said.

“The worst that could have happened is that he doesn’t write back. But only 15 minutes later he replied: ‘Let’s make an appointment.'”