Domenicali speaks on efforts to sign Hamilton to Ferrari 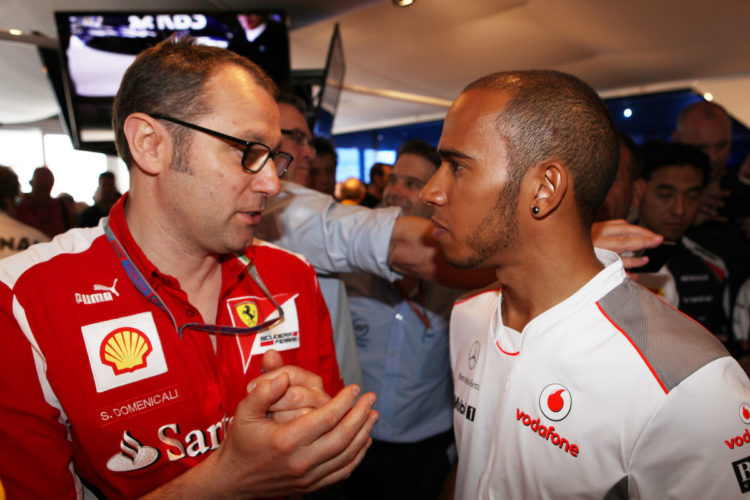 Formula 1 CEO Stefano Domenicali has admitted that he attempted to sign Lewis Hamilton to Ferrari when he was team principal at the outfit.

In the time that Domenicali headed Ferrari’s F1 operation from 2008 to 2014, Hamilton competed with McLaren before switching to Mercedes in 2013.

The seven-time world champion recently spoke about the prospect of joining the Maranello-based squad, admitting it is “crazy” to think he will not race for the team.

Speaking to Sky Sports, Domenicali said when asked if he had ever tried to sign Hamilton: “To be honest, yes. This is true. We’ve discussed that.

“I think that the answer that Lewis was able to give is the right one. Today, I think that period has passed.

“There is a movie that for me sometimes is very important to remember, ‘Sliding Doors’. There are moments where if you don’t get into an elevator, you stay on the floor.

“I don’t know. That was the situation that Lewis lived in that specific time of his life. I think that [we] cannot blame his choice, at least, because he did an incredible career.”

Friday, October 1, marked the 15th anniversary of Michael Schumacher’s last victory in F1, which stood as a record for 14 years before Hamilton usurped his tally last year.

Hamilton also has the potential to beat Schumacher’s record of seven world titles this year – an achievement that Domenicali welcomes.

“I think records are there to be beaten,” Domenicali said. “I think there has been incredible respect for what Lewis has been able to achieve.

“That’s the beauty of the sport. There is always someone [who can do] what others were able to do before, we keep that in mind, to keep the motivation even higher.