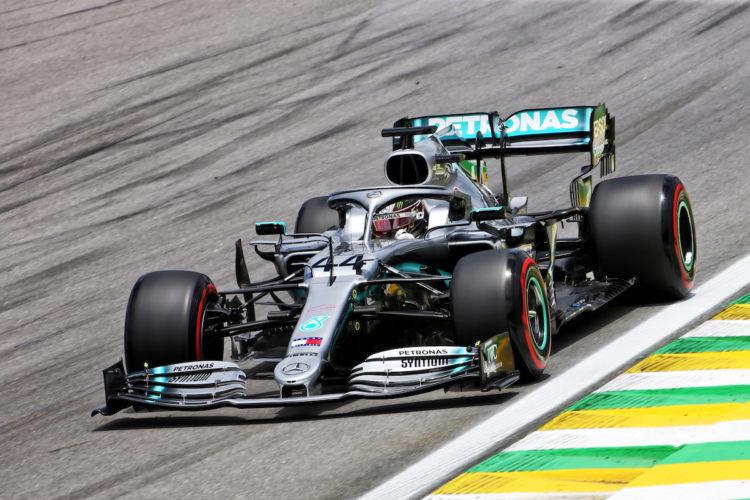 Lewis Hamilton says he is open to having Mercedes change its livery back to silver for the 2022 Formula 1 season.

Ahead of the delayed 2020 campaign Mercedes switched to an all-black livery, which was retained this year, as part of its pledge to increase diversity in the team and to support anti-racism movements.

The change marked Mercedes’ first livery alteration since it returned to F1 in 2010, with the team commonly referred to as the ‘Silver Arrows’.

Hamilton admits he is not opposed to swapping back to Mercedes’ traditional colours, affirming it will not end the internal changes the team has implemented throughout the previous 16 months.

“I don’t have a particular feeling towards it,” Hamilton said. “I’m not involved in that for next year, and it is originally a Silver Arrows.

“When I asked if we could go to make the car black last year, in terms of the symbolism, and what we intend to do moving forward in terms of support, I wasn’t expecting it to last particularly long, and we carried it into a second season, which is awesome.

“If it goes back, it will be a nice change. It doesn’t deter us from the changes that we are making internally, as we continue to truly push for diversity, even working with all of our partners.

“Even the other day with UBS, we had these young kids come. [We] try to inspire the next generation of engineers from all different backgrounds. We’ve got a good programme going, so it doesn’t make a difference.”

Last December, Mercedes launched the ‘Accelerate 25’ programme, which aims to see 25 per cent of all new starters at the team come from under-represented groups until the end of 2025.

Hamilton too has done work of his own, creating the ‘Hamilton Commission’, which found that just one per cent of F1 employees come from black backgrounds, with several recommendations outlined in order to improve the situation going forward.