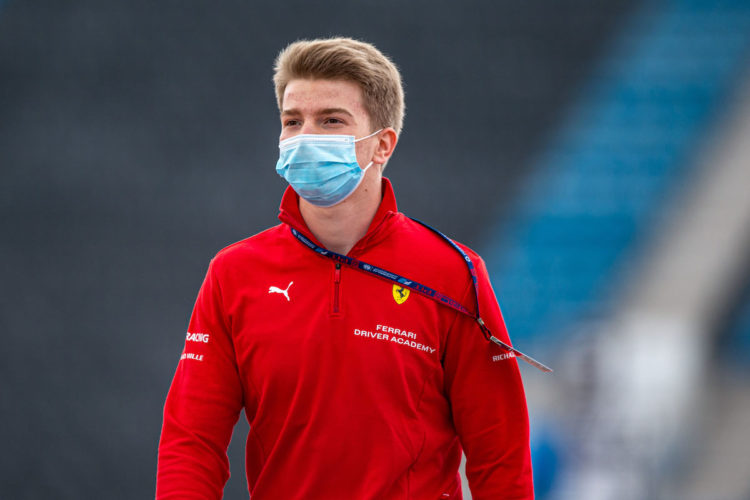 Robert Shwartzman says he would be “really happy” to obtain a reserve driver role in Formula 1 for the 2022 season.

Shwartzman, who is part of the Ferrari Driver Academy, is not believed to be one of the favourites for the vacant Alfa Romeo seat alongside Valtteri Bottas next year.

The Russian is currently competing in his second season of Formula 2, sitting third in the standings with two victories and a further three podiums.

Next year, mandatory FP1 rookie outings in F1 will be implemented, offering a driver like Shwartzman a chance to get mileage with up-to-date F1 machinery.

With his racing plans not yet confirmed for next season, Shwartzman is hopeful that he will be picked up in a third driver role on the F1 grid, which will prepare him further should he be called on to take part in a race.

“It’s not for me to decide. I try to do the best job that I can and prove to Ferrari that I’m worthy of being with them,” Shwartzman said.

“I hope they see it. As I said, my side I need to focus more on F2 and if I’m going to get the chance to get the third seat, I’ll be very glad and very happy.

“Obviously it’s going to be an extra motivation for me, because you need to work, I need to do some sim running and generally to prepare myself, just in case there is a chance at some point of me jumping into a Formula 1 car.

“I need to be 100% ready for that chance, because it’s not a very high percentage of that happening.”

Just two rounds remain in the 2021 F2 championship – Shwartzman is still in the hunt for the title, sitting 43 points behind series leader and Prema team-mate Oscar Piastri.