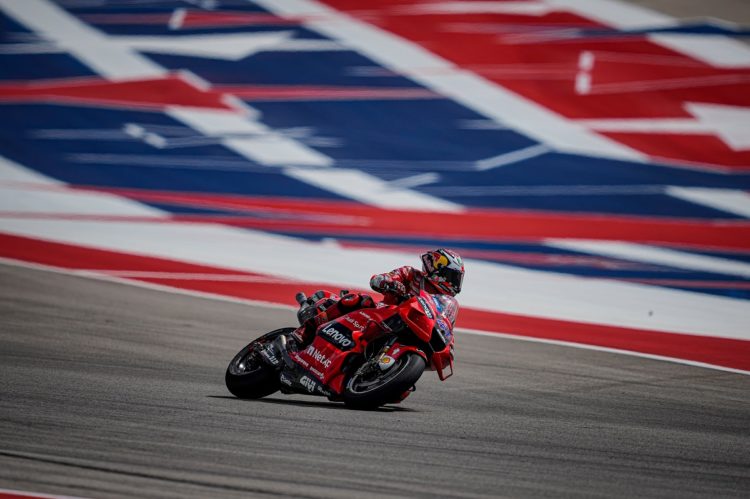 Jack Miller blitzed the competition to end FP3 for the Grand Prix of the Americas a full 0.679s clear of LCR Honda’s Takaaki Nakagami.

The ever bold Miller looked to bat away worries about the significant bumps that afflicted the 21 MotoGP riders throughout Friday practice as he initially took away the combined top spot from Marc Marquez by over half-a-second with a 2:03.549s just past mid-distance, with Nakagami also looking strong as he moved into second overall.

One by one Miller’s rivals failed to eclipse his leading effort as the final qualifying runs to secure an automatic graduation to the pole shootout on Saturday afternoon got underway, though the Aussie wasn’t quite done leaving his peers hopes crushed just yet.

On a final wide-open attempt the Ducati rider fired in a stunning 2:02.923s tour to leave him over a second clear of anyone else at that point, a time that would ultimately remain unbeaten as the rest of the field completed their runs.

Nakagami would get the closest over six-tenths adrift of Miller, while Suzuki’s Alex Rins-who secured victory at the Circuit of the Americas in the series’ last visit in 2019- managed to find a late improvement to move into third overall.

Friday leader Marc Marquez ended up fourth ahead of Pramac’s Johann Zarco, while series leader Fabio Quartararo was the last man to lap within a second of Miller in sixth-the Frenchman the only Yamaha pilot to feature within the top ten.

Pol Espargaro was seventh after losing what looked to be his best attempt with a near-crash at Turn 10 in the closing stages, while Brad Binder banged his KTM into Q2 with a last-minute dash that bumped team-mate Miguel Oliveira outside the top ten to 11th.

Behind Oliveira was San Marino GP rostrum finisher Enea Bastianini, while reigning MotoGP world champion Joan Mir could only manage a lap enough for 13th just ahead of the second factory Yamaha of Franco Morbidelli.

Andrea Dovizioso failed to build upon the encouraging speed he displayed on Friday that left him 14th as he slipped to 18th overall by the end of FP3, with Petronas SRT team-mate Valentino Rossi moving ahead of his countryman into 15th.

Alex Marquez struggled to match the pace of his Honda brethren as he lapped a full 1.6 seconds slower than the next slowest RC213-V of Espargaro, enough for only 19th on the timesheets ahead of Aleix Espargaro’s Aprilia, the Spaniard continuing to struggle for speed in Texas-a fact not helped by a late crash at Turn 12. 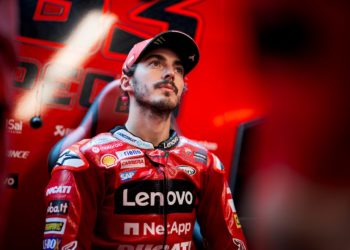 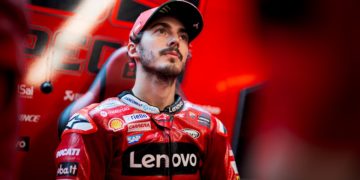