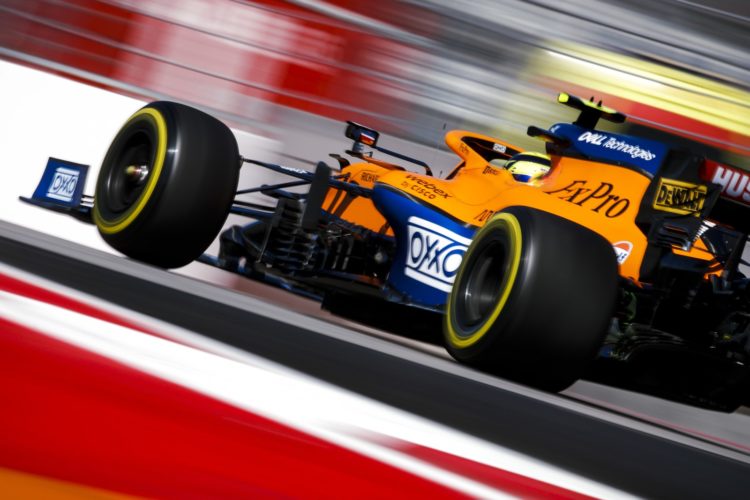 Lando Norris, McLaren MCL35M side on

Formula 1’s schedule has gradually expanded in recent years, aside from the anomalous pandemic-shortened 2020 season, with 23 grands prix initially planned for 2021.

While that has been revised down to 22, owing to the pandemic, Formula 1 chiefs are planning for next season’s roster to feature 23 rounds, while 2021 debutant Qatar will join full-time from 2023.

Formula 1 is optimistic of returning to some territories for the first time since 2019, such as Canada and Japan, while Miami is set to debut on May 8.

But Seidl believes Formula 1 must avoid its calendar becoming too bloated.

“From our point of view we think that the ideal calendar is a calendar of 20 races,” he said.

“Maybe 15 races as fixed events and the possibility to rotate venues five venues year by year to be able to explore new markets or new venues.

“At the end it is Stefano [Domenicali’s] job and responsibility and we have the trust that he finds the right balance there as well between commercial interests that we have as a team and also in terms of looking after his people, our people and you guys [media].

“The most important thing is we have a good dialogue with F1 and the FIA.”

Formula 1’s 2022 calendar is due to be presented at the next meeting of the FIA’s World Motor Sport Council on October 15.