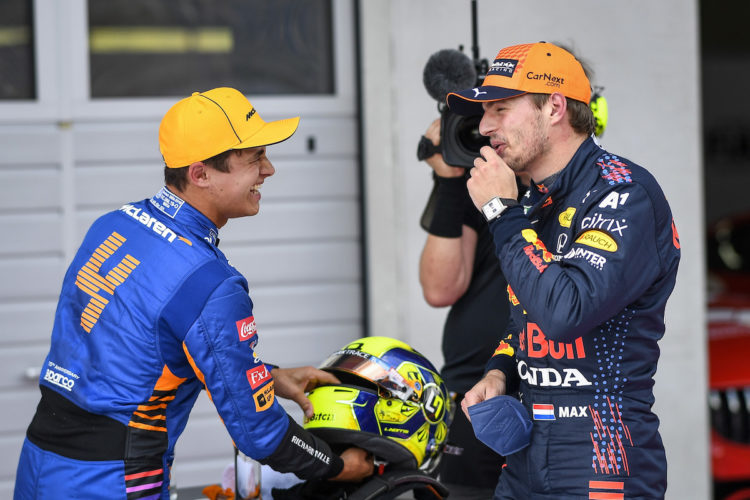 Dr Helmut Marko has revealed that Red Bull held conversations with Lando Norris before the 21-year-old committed his future to McLaren.

Norris signed a multi-year extension with the Woking-based team earlier this year, having raced for it since his debut in 2019.

The Briton has impressed with his performances, which include five podium finishes, four of which have come in 2021.

While Red Bull will run Sergio Perez alongside Max Verstappen once again next year, Marko says that Norris was briefly on the team’s radar.

“We had talks with him, but he’s tied to McLaren for the long-term. We stay true to our way,” Marko told Austrian publication OE24.

However, Marko asserted that Verstappen is still very much the team’s star driver amid his challenge for a world title this year.

“Norris has caught my eye before,” Marko said. “But Max is still at the top of my ranking because he can deliver immediately under all conditions and without making a mistake, which he proved again impressively just now in the rain in Sochi.

“He almost won the race, he just had to come into the pits one lap earlier.”

“I am proud that we dared to bring Max into Formula 1 at 16. He never made me doubt that our path was the right one. He is always super focused and can’t be deterred from his goal of winning.”

Norris came close to obtaining his first victory in Sochi, but opted to stay out on dry tyres when the rain fell in the dying laps, causing him to drop to seventh place.