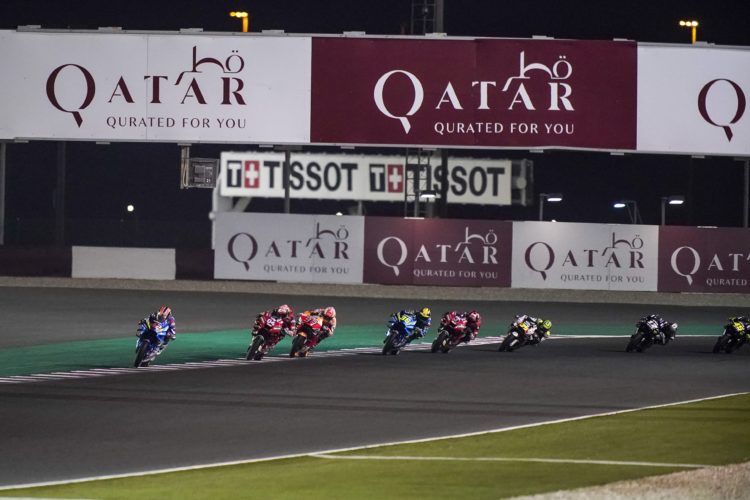 Formula 1 will visit Qatar for the first time this November, with the Losail International Circuit confirmed as the venue for the 20th round of the season.

A 10-year agreement, starting from 2023, has also been reached between Formula 1 and officials in Qatar.

Formula 1 has reshuffled its calendar several times this year owing to the ongoing disruption caused by the pandemic and associated travel restrictions.

The cancellation of Australia’s postponed event, planned for November 21, opened a vacancy in the schedule.

It has now been finally confirmed that Qatar’s Losail International Circuit will fill the void, with the event likely to take place at twilight.

It creates a triple-header of Mexico, Brazil and Qatar, enabling Formula 1 personnel based in the United Kingdom to avoid the hotel quarantine period that is mandatory when returning from the American countries.

Qatar’s Losail International Circuit has never hosted Formula 1 but it has been a staple of the MotoGP schedule since 2004.

The venue also held a round of the GP2 Asia series in 2009 that was won by current Red Bull racer Sergio Perez.

A 10-year agreement has also been reached for the Qatar Grand Prix to be held annually from 2023.

The new deal will come into effect after the country’s status as World Cup host is complete. A location has yet to be set for the Qatar round from 2023.

“I congratulate Formula 1, the Qatar Motor & Motorcycle Federation and the Qatari authorities, who have worked tirelessly to quickly and efficiently make the inaugural Grand Prix in Qatar happen in these challenging times,” said FIA President Jean Todt.

“The Losail International Circuit, which will welcome the race, has been working closely with us to ensure they are full prepared for this momentous occasion. We are very proud of this collective achievement. I thank the QMMF President Abdulrahman Al-Mannai and His Excellency Salah bin Ghanem Al Ali, Minister of Culture and Sports, for their involvement.

“This commitment to F1 for the long term, as well as the organisation of the 2022 FIFA World Cup and many other international events, is another example of Qatar’s strong passion for sport.”