Williams ‘not as bad as people think’ – Verstappen 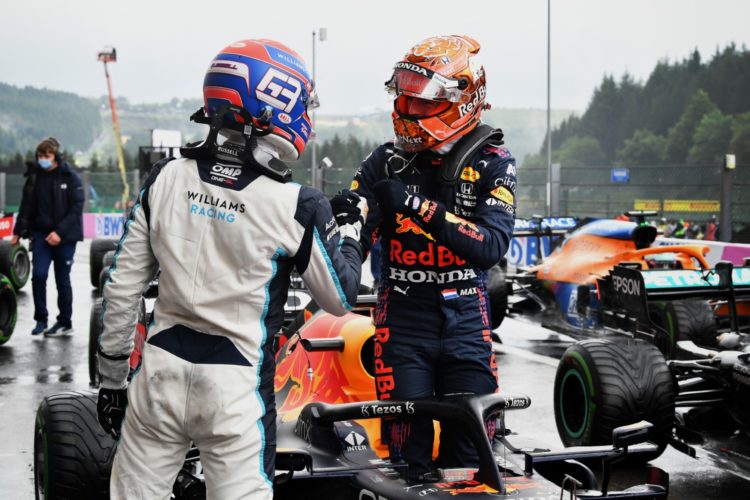 Williams slumped to the rear of the grid in 2018, and endured a two-year points drought, before returning to the top 10 with both cars in Hungary.

The squad has since scored points in three grands prix while George Russell qualified second in the wet in Belgium and third in the wet/dry session in Russia.

“George for sure is a very, very good driver but when you can do these kind of things it shows the car isn’t as bad as people think,” said Verstappen.

“[You can] score points, have a good qualifying, also in Spa, that car is not a Red Bull or Mercedes but they also ran more downforce [and] everything starts to become a bit closer.

“He did an amazing job, but I think people have to understand that car isn’t as bad as people think it is.”

Russell will switch from Williams to Mercedes for 2022 but Verstappen doubts Russell will be fazed by joining a larger front-running operation.

“At the end of the day the most important is you feel comfortable in the car and it suits you and you go fast,” he said.

“It doesn’t matter if there’s 400 people or 1,000 people [working at the team], you will get used to that as when you sit in the car you think about lap time and want to go as fast as you can.

“A good driver can handle these kinds of things very easily.”