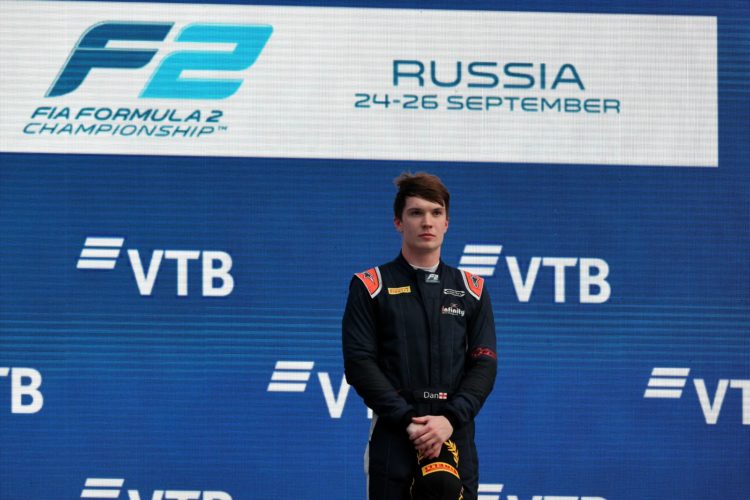 Dan Ticktum says he is “fast and talented enough” for Formula 1 but has accepted that his mistakes have scuppered his chances.

Ticktum holds fourth in this year’s Formula 2 championship, with two victories, and remains an outsider contender for the title.

Speaking after taking victory at Sochi Ticktum revealed he was “in the process of swallowing the fact I’m not going to be a Formula 1 driver” and stressed that he “doesn’t want to sound like I’m being hard done by”, but expanded on his situation.

“Am I fast enough, talented enough, mentally capable blah blah blah etc to be in Formula 1? Yes, the answer is simple.

“Am I too politically incorrect for the environment that we are in at the moment in this sport? Yes, or rather I have been, emphasis on that!

“You’ve got to represent massive companies and you’ve got to be a robot, basically, so you know, if you have someone that’s got a bit of a character…

“It’s not even just [expressing] an opinion, it’s even telling the truth sometimes that can get you in trouble.

“I’ll speak for all drivers, some care about it more than others, some just get on with it, but I think it’s safe to say a lot of us, and Formula 1 drivers too, would like to be themselves a bit more and say things other than ‘oh we’ll work harder next time and come back stronger’ and just the same things you hear all the time.

“And I think the fans would like someone who’s a little bit different… It is what it is. I should have learned sooner and should have changed sooner, but I didn’t, and here I am.”

Ticktum explained that he previously thought he’d “bugger off and do something else” if he failed to make Formula 1 but now feels a career in another motorsport division is appealing.

“Without being arrogant I think I’ve probably got too much to offer behind the steering wheel to do that, but I don’t know,” he said of quitting altogether.