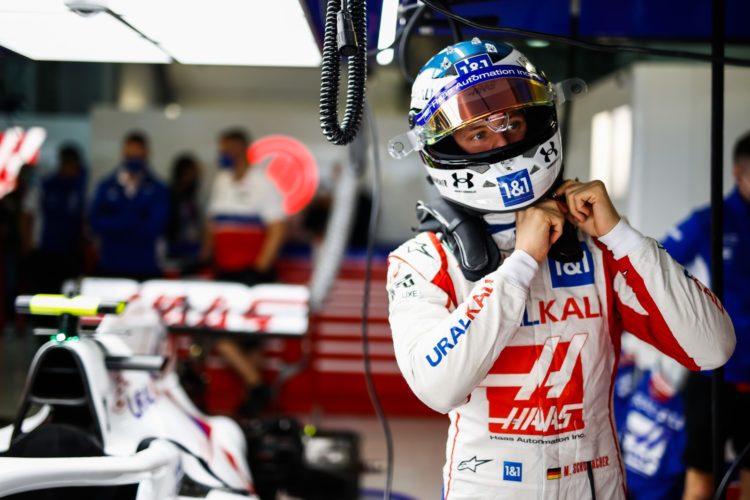 Mick Schumacher says Haas must target regular points in Formula 1 next season following the early abandonment of this year’s project.

Haas effectively modified its 2020 car to comply with the tweaked 2021 regulations and has not developed the package.

It has consequently spent the campaign at the rear of the 10-team field and has not troubled the points.

Schumacher will stay on with Haas into 2022, alongside current team-mate Nikita Mazepin, and says points must be its target.

“Hopefully we’ll be in the mid-pack,” said Schumacher. “I think that’s a goal that is achievable, we know we have started a bit earlier than everybody else on that project.

“We’ve spent for sure most of our budget on this year on ‘22 so hopefully that’ll just give us a bit of an edge, especially at the beginning of the year.

“Hopefully we’ll be able to say that we’re consistently in the points, I think that’d be a big step forwards and just know I’ll be working very, very hard to achieve that.”

Schumacher believes Haas’ limitations this year have been more keenly felt in race trim compared to during qualifying.

“I think in qualifying we’re closer to the cars ahead, probably in races we’re still a bit adrift and struggle to probably put everything together,” he said.

“Definitely the races in this year have been OK at times but mainly difficult, while qualifying has been fun to complete, in terms of building of the weekend, then getting to qualifying.”