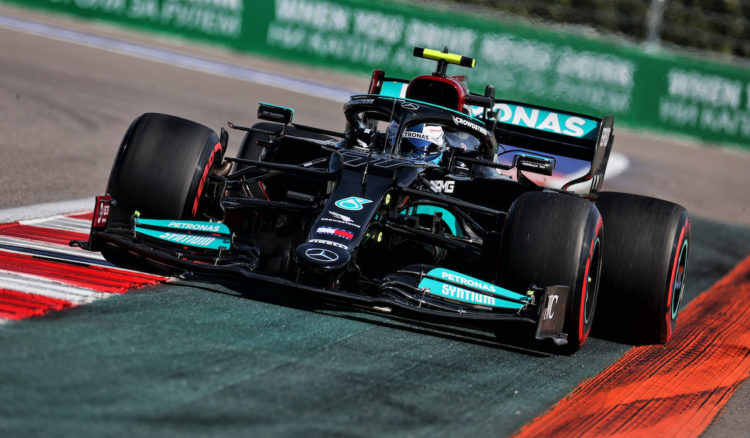 Verstappen started from the back of the grid, with Bottas a handful of positions ahead of him, as both took on grid penalties for new Power Units.

Verstappen is currently in a championship battle with Bottas’ Mercedes team-mate Lewis Hamilton, with Sochi’s race being an opportunity for Hamilton to gain points on his rival.

On lap six of the race, Verstappen overtook Bottas into Turn 13, and would go on to finish the grand prix on the podium in second place, behind race-winner Hamilton.

Speaking to Sky Sports F1 after the event, Hill admits he was not impressed by Bottas’ defensive efforts.

“You can’t get away from the fact that the guy who came second started the race behind him and his team-mate won the race,” said Hill.

“Valtteri, in the race, we were expecting him to put up a little bit of a defence to fight the Mercedes corner against the Red Bull team and Max Verstappen, but he seemed to just wave him through.

“Maybe he just didn’t want any trouble. It doesn’t look like he is racing. It was almost like a gift to Max.”

Bottas was running in 14th place with just a handful of laps to go, but benefitted from the sudden rainfall that hit the circuit, climbing up to fifth.

Although Hamilton gained seven points on Verstappen to reclaim the championship lead, Verstappen has a fresh Honda power unit ahead of the upcoming races, while question marks swirl over a potential new engine, and grid penalty, for Hamilton.