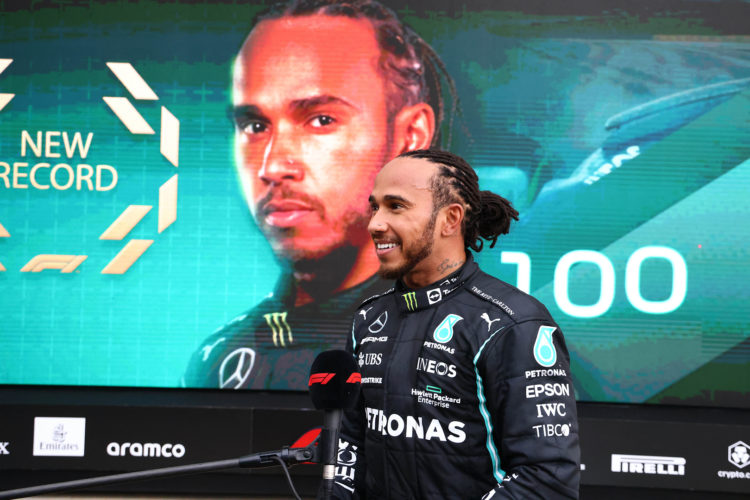 Formula 1 chief Ross Brawn has tipped Lewis Hamilton to surpass a tally of 120 wins by the time he eventually retires from the sport.

Hamilton became the most successful driver in Formula 1 history in 2020 when he matched and overtook the tally of 91 victories achieved by Michael Schumacher.

Hamilton’s triumph in Russia marked his 100th win as he became the first driver to reach three figures, having also taken his 100th pole earlier in 2021.

The reigning World Champion is contracted with Mercedes through the 2023 season.

Hamilton has averaged 10-11 victories per season in Formula 1’s turbo hybrid era though his percentage tally has slightly dipped in 2021 amid his closely-fought fight with Max Verstappen.

Brawn, though, believes Hamilton is sufficiently motivated to continue raising the benchmark in the coming seasons.

“It’s a milestone no one thought anyone would ever reach,” said Brawn in his post-race column.

“Michael’s tally of 91 was so far ahead of what anyone else had ever done at that point that it never seemed conceivable that anyone would get near it.

“But then Lewis beat it – and now Lewis has 100 wins. There is nothing stopping him.

“Who knows where it’s going to end up? He’s with us for another couple of years at least – and he will win races every year.

“It’s just staggering and congratulations to him, as it’s a centenary that no one ever thought would be achieved.”