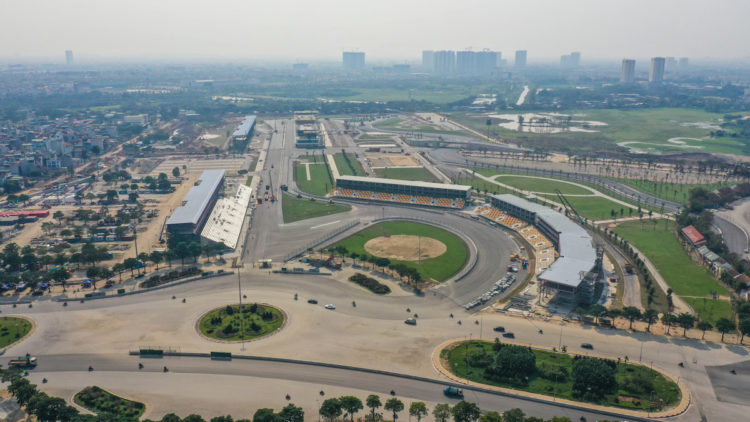 The My Dinh Nation Sports Complex in Hanoi, Vietnam is seeking to reclaim the land on which the Formula 1 Hanoi Street Circuit was built, according to local reports.

F1 was poised to visit Vietnam for the first time in 2020, with the race scheduled to be held on a newly designed circuit, the construction of which began in 2019.

Much of the track was installed as a permanent structure, with other parts taken from public roads in the western district of the city.

However, the race was postponed last March due to the Covid-19 pandemic, before organisers officially declared the race cancelled in October.

Last summer, Hanoi’s ex-mayor Nguyen Duc Chung – who was a key figure in the build-up to the proposed event – was sentenced to five years in prison for misappropriating state secrets and misusing assets.

But the My Dinh Nation Sports Complex has now filed a report to the Ministry of Culture, Sports and Tourism, seeking to return 12.86 hectares that had been used to complete the track’s construction.

According to VnExpress, the complex wishes to use the land to build an indoor arena for the 2021 Southeast Asian Games, which will be hosted in Hanoi next year.

For the second year in a row amid the pandemic, no Far Asian race is present on the F1 calendar, with China, Singapore and Japan all cancelled this year.