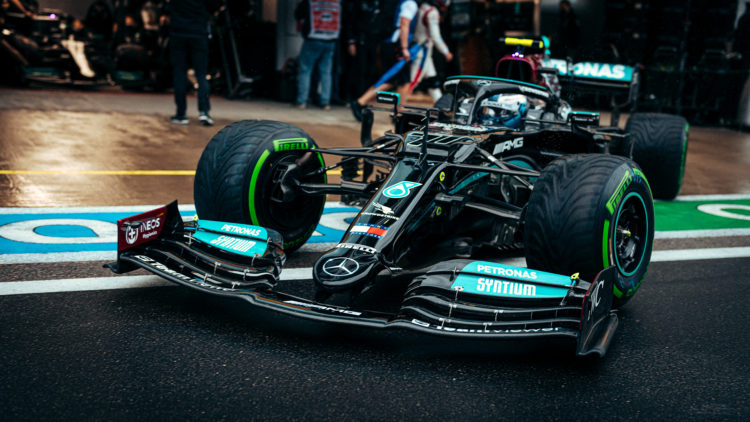 Valtteri Bottas says the rain that struck Sochi Autodrom “saved my race” having struggled to recover from the rear of the field.

Bottas took on fresh power unit components at the Russian Grand Prix and was relegated to 16th on the grid as a consequence.

Bottas made little in-roads on his opponents during the course of the race and held 14th position when a band of showers swept across the circuit.

Mercedes swiftly brought Bottas in for Intermediate tyres and he profited from the situation by surging up to fifth place.

“From my side, it was a difficult race and not an easy day, but the situation at the end with the rain saved it for me,” said Bottas.

“Before that, I was struggling to progress through the field. It was much more difficult than I thought it would be, because I just couldn’t follow through the corners – I was getting big understeer.

“I couldn’t carry the speed and get close enough to overtake, and other cars were finding it easier to follow closely.

“Then the rain arrived, I wanted to stop one lap earlier but the team wasn’t quite ready, but we were still one of the first cars to stop, which was good.

“I managed to climb up the order and score some good points, which is positive after a tricky day.”

Bottas moved 12 points clear of erstwhile race leader Lando Norris in the battle for third place in the standings.