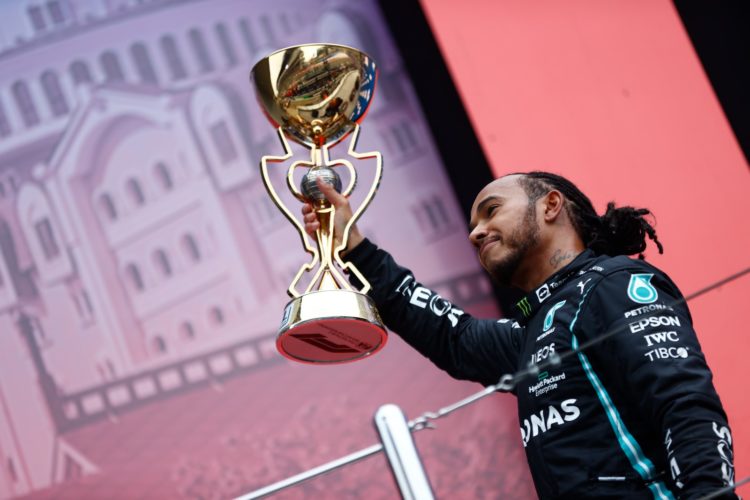 Mercedes boss Toto Wolff heaped praise on Lewis Hamilton in the wake of his 100th Formula 1 victory at the Russian Grand Prix.

Hamilton surpassed the previous benchmark, set by Michael Schumacher, when he claimed a 92nd win last year, and on Sunday became the first driver to reach triple figures of victories.

“A big congratulations to Lewis on his 100th win,” said Wolff.

“What we are witnessing is just mind-blowing. It’ll be talked about for the next few days, but it’ll only be years down the line when we realise that we’ve all been part of this journey.

“A journey no other driver in F1 history has done so far. That’s beyond race wins and championship victories, that is the very human part of all this.”

Hamilton’s victory came in an enthralling grand prix in Russia, in which he dropped to seventh at the start, before recovering to second place after the pit stop phase.

Hamilton chased long-time leader Lando Norris and profited when rain fell during the closing stages, moving ahead of Norris, who erroneously stayed out on wet tyres.

“In terms of the race, I think it would have been difficult to get past Norris in the dry, as Lewis struggled to overtake [Daniel] Ricciardo even with DRS,” he said.

“Norris managed the race very well, who knows what would have happened if the rain hadn’t arrived, but it did.

“This kind of decision is hugely difficult, it started to drizzle on half of the circuit, but we made the call and it paid off.”