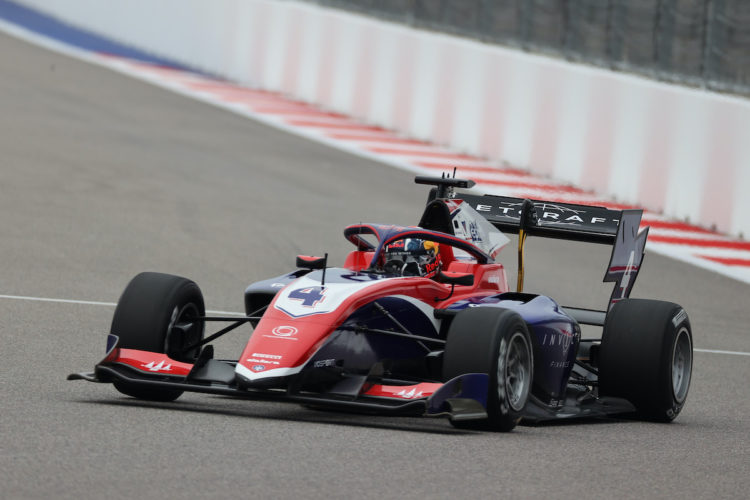 The Australian pulled out a blistering final lap at the end of session to clinch pole over Clement Novalak, which will see the pair line up on the front row together for Race 3 on Sunday.

The session came to a temporary halt after the first seven minutes, as Jonny Edgar lost control of his Carlin and crashed into the barrier at Turn 14.

With plenty of drivers yet to set a representative lap time by this point, Caio Collet was fastest ahead of Arthur Leclerc and championship-elect Dennis Hauger in the top three.

Qualifying resumed with the majority of the field heading back out on track on their old first set of hard tyres. Doohan was able to improve to a 1:54.927 to go to provisional pole position, nearly two tenths clear of Collet in second and Frederik Vesti another tenth adrift in third. Hauger fell down to 14th going into the final runs.

On the new rubber that saw lap times come tumbling down by the field, Doohan was able to place his Trident ultimately on pole position, 0.134 seconds fastest team-mate Novalak in second.

Johnathan Hoggard achieved his best qualifying of the year with third. Vesti was fourth and Juan Manuel Correa in fifth.

Victor Martins was 12th and so will begin Race 1 on reverse-grid pole ahead of Logan Sargeant, who was 11th at the end of qualifying.

By getting the points for pole, Doohan cuts the title gap between himself and Hauger to 39 points.

Due to the uncertain weather conditions on Saturday, Race 1 will begin later this afternoon at 17:25 track time.