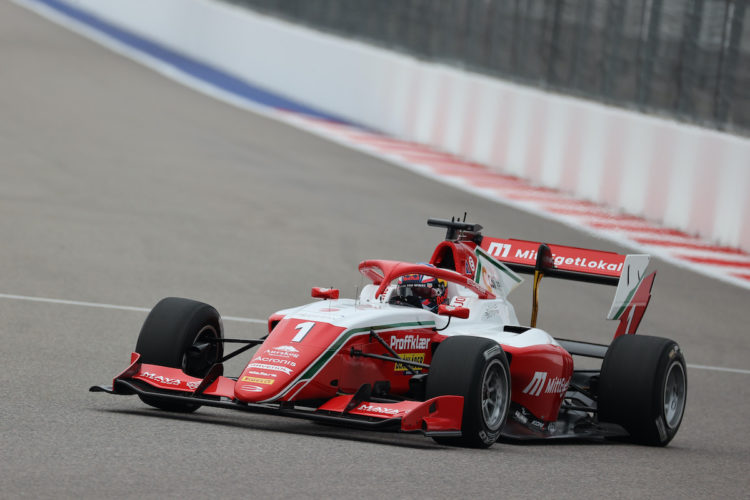 Red Bull Junior driver Dennis Hauger was crowned the 2021 FIA Formula 3 Champion in the first race of the weekend at the Sochi Autodrom.

In a race where Logan Sargeant become the 12th different winner of the season, Hauger came home in second place, and with his title rival Jack Doohan finishing outside the points in 15th, the result was enough for the Norwegian to clinch the championship.

The start saw Hauger begin from fourth on the grid and all he needed to do to seal the title was to outscore Doohan by six points or more.

He kept out of trouble at the start, unlike Doohan, who launched over the sausage kerbs at Turn 2 that cost him places in the process.

Hauger made further gains in the race as he overhauled Jak Crawford and Victor Martins and set his sights on long-time leader Sargeant up front.

Sargeant nonetheless held on to claim his first win of the campaign, along with Charouz’s maiden victory in the modern era of Formula 3, while second for Sargeant was sufficient for him to clinch the crown.

Martins was third for MP Motorsport ahead of Clement Novalak in fourth, who also got the points for the fastest lap.

Collet was fifth, with Colombo, Leclerc, Vesti, Correa and Ayumu Iwasa rounding out the top 10.

By crossing the line 12th, Johnathan Hoggard will start Race 2 on reverse-grid pole in front of the 11th placed-finisher Crawford.

There are still two races remaining in the F3 weekend, as the next one begins on Saturday at 13:40 track time. 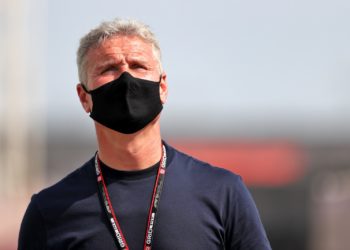