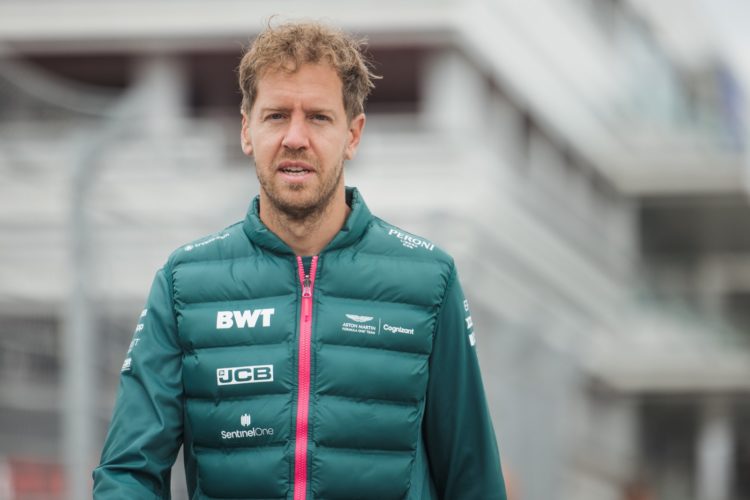 Sebastian Vettel says he never seriously doubted remaining in Formula 1 with Aston Martin in 2022 following confirmation of his stay with the team.

Vettel joined Aston Martin from 2021 on a multi-year deal but both parties were coy for several weeks when his future was discussed.

Aston Martin dispelled any rumours last week by confirming an unchanged driver line-up of Vettel and Lance Stroll for 2022.

“Not really,” said Vettel on whether his F1 stay was ever in doubt.

“I think in the end the excitement for next year, the new cars, the new regs and I think where the team is going, everything looks very promising.

“We don’t know until next year but it’s great to be part of that.”

When asked what convinced him to take up his 2022 option, Vettel replied: “The driving. The competitiveness, obviously I love driving, I love winning.

“Next year, a lot of things are changing. I don’t think anyone is guaranteed to win but I think the challenge of working with the team.

“I think the spirit in the team is great, I like the guys. It’s been a great season. Maybe not in terms of results but in terms of working. Morale is high so a lot of things that excite me.

“Obviously, there are some things that over the period of so many years you enjoy less, like being here now [in the press conference] and answering questions.”