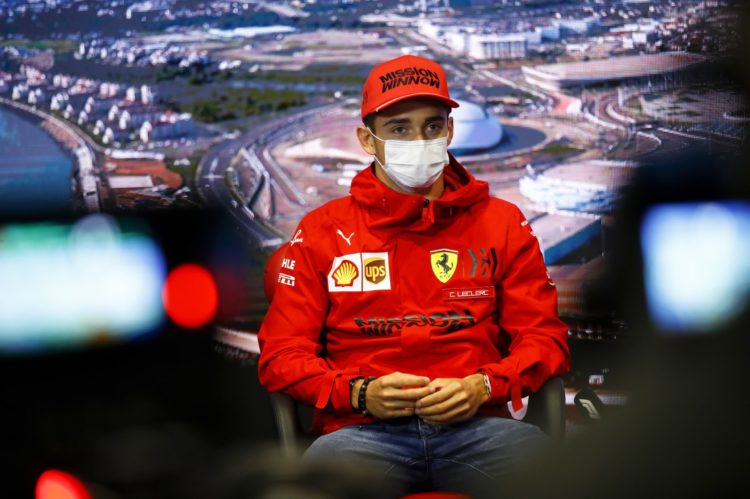 Charles Leclerc has played down the short-term impact of the upgraded Ferrari hybrid system that he will use at this weekend’s Russian Grand Prix.

Ferrari confirmed on Wednesday that Leclerc’s SF21 will be equipped with the updated component that the team has been readying for several months.

As a consequence, Leclerc will start this weekend’s race from the back of the grid.

But Leclerc has cautioned observers not to expect a sudden surge in performance from Ferrari.

“We don’t expect any big, big changes, but something that goes in the right direction.

“For now the forecast [for the weekend] is rain, so if that is the case it might be an unpredictable race, and yeah, hopefully it will play in our favour.

“If it is dry, if we have the pace, it is still a track where we can overtake, let’s see how it goes.”

Leclerc’s back-row starts ostensibly acts as another blow to Ferrari’s prospects of beating McLaren to third in the championship.

Ferrari had fronted that battle but dropped 13.5 points behind in the wake of McLaren’s surprise 1-2 result at Monza.

“It’s good that we have such a fight, we have been very, very close during the whole season, in Monza they were very strong, and we will try and catch up now,” he said.

“They are very quick, very consistent also, so now it is our job to try and maximise everything and hopefully we can get in front of them at the end of the championship.”