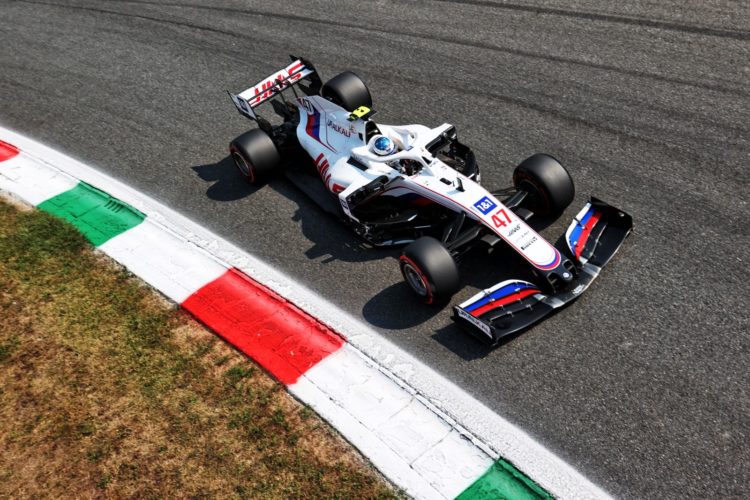 Haas has confirmed that it will continue to field Mick Schumacher and Nikita Mazepin as its Formula 1 driver line-up in 2022.

Haas recruited the rookie duo for 2021 on multi-year deals in place of Romain Grosjean and Kevin Magnussen as it put a focus on its long-term future.

Neither Schumacher nor Mazepin have troubled the points this year owing to Haas’ position at the rear of the Formula 1 pack.

Schumacher won last year’s Formula 2 championship and is supported by Ferrari, which has supplied power units to Haas since the team’s foundation.

Mazepin’s father Dmitry owns the Uralkali firm that has acted as Haas’ title sponsor since the Russian’s graduation to Formula 1 for 2021.

The duo were set to continue as the team’s driver line-up for 2022 and the development has now been formally confirmed by Haas ahead of Mazepin’s home round in Russia.

Confirmation of Haas’ line-up means there is now only one vacancy on the 2022 grid, at Alfa Romeo, alongside Valtteri Bottas.

Formula 2 title challenger Guanyu Zhou is understood to be the front-runner for the seat currently occupied by Antonio Giovinazzi.

“We knew we wanted continuity behind the wheel in 2022 and I’m happy to confirm exactly that with Mick and Nikita competing for Uralkali Haas F1 Team next year,” said team boss Guenther Steiner.

“2021 has afforded both drivers the opportunity to learn Formula 1 – and as rookies – they’ve done a lot of that this year.

“It’s been a tough season for sure with the package we’ve had, but at the same time they’ve both embraced the challenge and worked closely with the team to learn our processes and adapt to the rigors of a Formula 1 campaign and all that brings – both internally and externally.

“Now as we look ahead to the 2022 season, we’re confident we can move forward as a team and give Mick and Nikita a competitive race package to make the next step in their Formula 1 careers.”