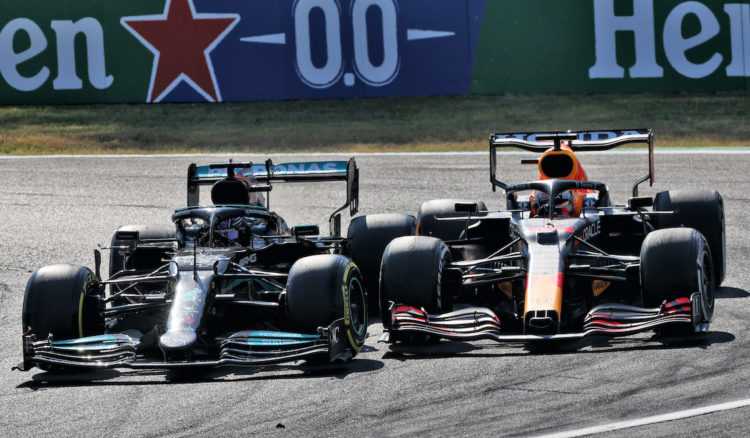 A Max Verstappen Formula 1 championship win would be better for the sport than another Lewis Hamilton title, reckons former F1 driver Gerhard Berger.

Berger, a ten-time grand prix winner, has applauded the title fight between Verstappen and Hamilton as “exactly what Formula 1 needs” following several years of dominance by Hamilton and Mercedes.

Wading into the clashes between the pair this year, Berger called the latest crash in Italy “a racing incident”, but welcomed the competition.

“This is exactly what Formula 1 needs,” Berger is quoted as saying by Autosport. “This is racing. Finally we have two big guys racing each other, and it’s even better that they are from two different teams.

“Can you imagine what would happen if you had a third driver in a Ferrari fighting up front as well? You would have full grandstands and people watching it again.

“This is what Formula 1 was looking for, for so many years. It is so important for the sport to have these kinds of things.”

Berger is split on who he would like to see come out on top this year, as both would create great stories – a first time winner or a record eight-time champion – but ultimately believes a Verstappen win would be better for the sport.

“I think for the entire sport it would be good to have a change,” added the Austrian, who is now in charge of DTM.

“But having said that, it is also great to have Lewis Hamilton still performing as he does after so many years, still having that killer instinct and having the discipline for so many years.

“I would also love to see Lewis becoming the greatest of all time, so it is really difficult to give you a straight answer on this one.

“But we have seen Lewis winning four championship in a row, and we all know that Max Verstappen is a superstar by now as well. So it would be great to see the young guy come out on top.”