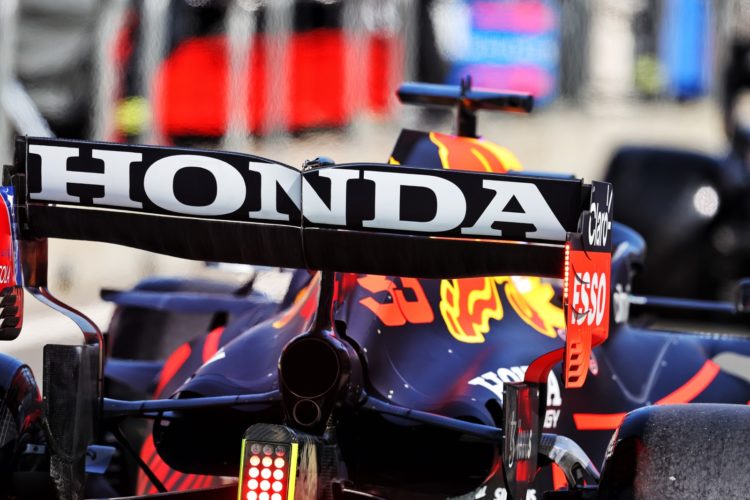 Honda has revealed that it introduced an upgraded Energy Store after Formula 1’s summer break as part of its push to win this year’s world title.

The updated ES was originally installed only on Max Verstappen’s Red Bull RB16B ahead of the weekend in Belgium.

Honda accelerated development of its proposed 2022 power unit for 2021 last year in the wake of the company deciding to quit Formula 1 at the end of the current season.

The current regulations permit each component of the power unit to be upgraded once per year.

While Honda introduced a raft of upgrades ahead of the season, most notably a refreshed Internal Combustion Engine, it continued to use the 2020-spec ES.

The ES carries a much longer lead time than many of the other power unit components owing to the specialist equipment required for the development.

This is accentuated by the certification that is required for the ES to be transported, as well as the required safety tests in the event of an on-track crash.

Verstappen took pole position and victory in the abbreviated race in Belgium with the updated component while Red Bull team-mate Sergio Perez then took on a different spec ES, believed to be the new version, after dropping out of Q1 a few days later in the Netherlands.

The upgraded component is also understood to be part of the fresh power unit that AlphaTauri’s Pierre Gasly took on following his crash in Sprint in Italy.

“This new ES has been developed in a project that has taken several years, with an aim to combine improvements in energy efficiency with significant reductions in weight,” said Honda F1’s Head of Power Unit development Yasuaki Asaki.

“In what will be the company’s final season in the sport, Honda F1 has managed to introduce the new ES – fitted with a lighter, low-resistance, highly efficient and ultra-high power battery cell – just in time for the start of the second half of the season.

“In order to achieve the ultimate goal of defeating Mercedes and winning the championship before leaving F1 at the end of the 2021 season, we recognised the need to enhance performance.

“As such, the development plan for the new ES was brought forward substantially from the original goal of 2022 to introduction during the 2021 season.”

While Honda is leaving Formula 1 in an official capacity after 2021 its IP will continue to be used by the newly-created Red Bull Powertrains, which will supply both Red Bull and AlphaTauri.

“Even after Honda leaves F1, this new battery technology will contribute hugely to Honda’s future technology to create a carbon neutral society, lead the advancement of mobility and enable people everywhere in the world to improve their daily lives,” added Asaki.