Coulthard: Russell will get ‘worn down’ by Hamilton at Mercedes 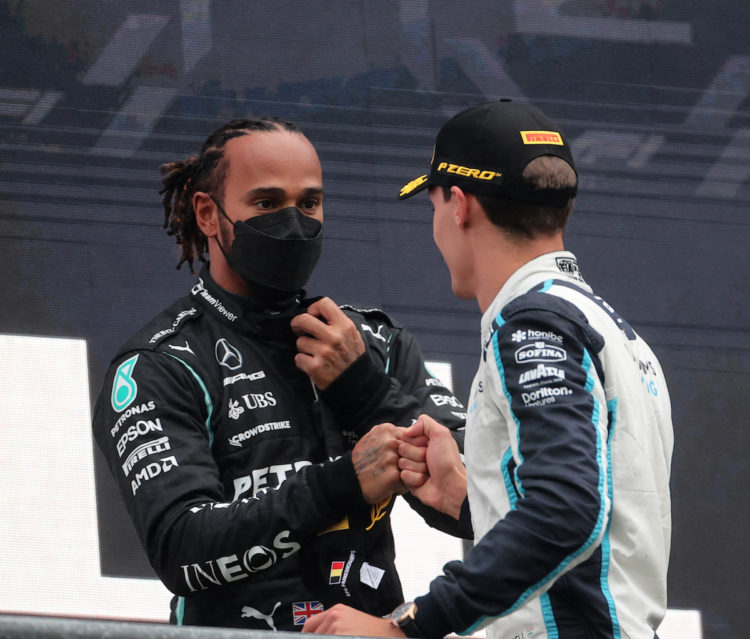 Ex-Formula 1 driver David Coulthard has suggested that George Russell will get “worn down” when he partners Lewis Hamilton at Mercedes next year.

However, the Scot has backed Russell to grow from the challenge of being team-mates with Hamilton, claiming he has not yet been challenged by any of his F1 team-mates.

In his three years in F1 with Williams, Russell has partnered Robert Kubica and Nicholas Latifi and has consistently out-performed the pair.

Russell will replace Valtteri Bottas at Mercedes next year, when the sport enters a new era, complete with revised technical regulations.

Speaking to Channel 4, Coulthard stated when it was suggested to him that the Hamilton and Russell relationship will “kick off” next year: “It will, absolutely.

“It will be the making of George up against the driver of a couple of generations.

“This is where George Russell becomes the making of a future world champion. Because he hasn’t been pushed by any of his team-mates, it will be very different with Lewis.

“In the beginning, he will just be young and full of energy, he will be fresh and then he will get worn down by the relentlessness of Lewis, and that’s the point at which he will grow as a man.”

Russell has been part of Mercedes’ junior programme since 2017, and has tested for the Brackley-based squad on a number of occasions.

The 23-year-old made his debut with the team at last year’s Sakhir Grand Prix, stepping in for Hamilton, who contracted Covid-19.

Russell was on course for a victory in Bahrain before a pit stop error and a slow puncture denied him his maiden win.