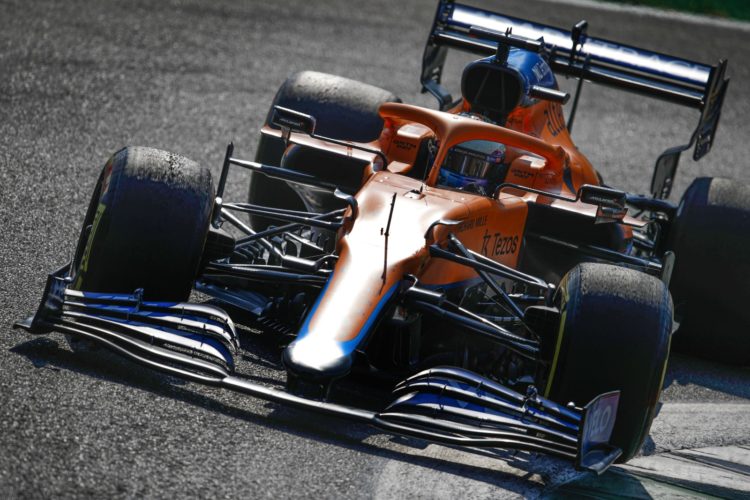 McLaren CEO Zak Brown has asserted that its fight with Ferrari over third in the standings will continue throughout 2021 in spite of its win in Italy.

McLaren has been locked in a battle with Ferrari for much of the season, with the two operations having pulled clear of the other midfield teams.

McLaren’s 1-2 at Monza, along with third in Sprint and Daniel Ricciardo’s fastest lap, gave it a season-best haul of 45 points.

It enabled McLaren to move 13.5 points ahead of Ferrari.

Ferrari has yet to win a race in 2021 but has scored two pole positions and finished runner-up at Silverstone.

“Ferrari didn’t have too bad a weekend, we just had a better weekend, they were not far behind,” said Brown.

“That battle will carry on race to race, I think some tracks suit your car better than others, last year we were very quick in Monza, and we knew Zandvoort was not a circuit that plays to our strengths.

“We’ve always been good at Monza, so we need to recognise we’ll continue to have those up and downs while progressing up the grid.”

Brown nonetheless labelled Monza as a “big victory” for McLaren in the context of its struggles through the mid-late 2010s.

“It was a big victory for the team, and our sponsor partners. A lot of them joined us when we were just making promises and now [we have been] able to start fulfilling on some of those.

“We need to keep our feet on the ground, it was a great weekend, but we still have a way to go.”