Russell: Williams ‘will suit Albon down to a tee’ 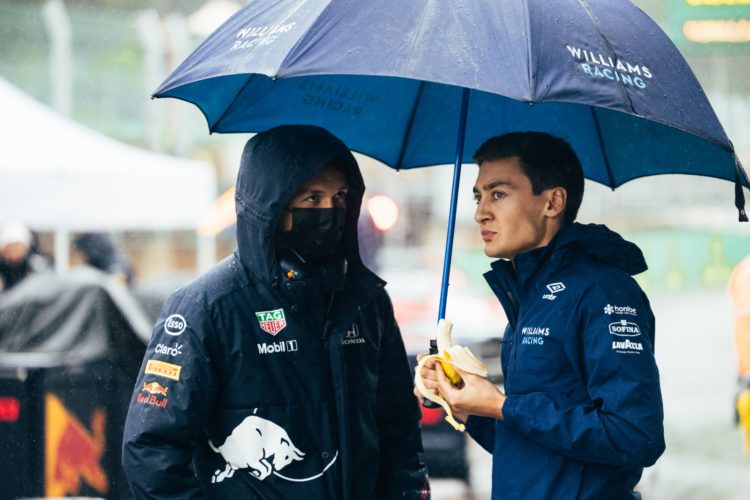 George Russell has backed Alexander Albon to thrive as his successor at Williams in Formula 1 next season.

Russell has spent three years racing for Williams in Formula 1 but will switch to Mercedes from 2022 to partner Lewis Hamilton.

Williams has recruited Russell’s close friend Albon as his replacement, bringing the Anglo-Thai back onto the grid after a year’s absence.

“I definitely told the guys who I thought would be best suited,” said Russell.

“I know it was very close between he and Nyck de Vries and to be honest I was quite clear that whoever you get in the seat will do a really great job obviously offering different things.

“I think Alex with his experience managed to tip the scales in his favour.

“Alex is a fantastic driver. He had a tough time at Red Bull but I think he’s going to come back even stronger.

“He’s always been there in everything he’s ever done so I am sure the environment at Williams is going to suit him down to a tee and he’s going to perform really well. I’m happy for him.”

Albon’s former team-mate Max Verstappen also believes he will be able to prove his worth at Williams.

“He knows he has the speed, we all know he has it, he has shown it from go karting,” said Verstappen.

“But probably in a less pressured environment [it] will be good for him.”