Reversed grid would be ‘slippery slope to Formula 2’ 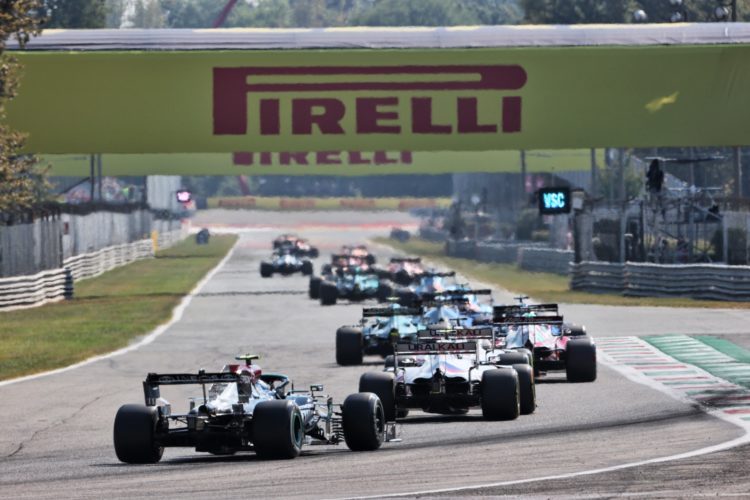 Aston Martin team boss Otmar Szafnauer says Formula 1 must listen to fans’ feedback regarding Sprint but that a reverse grid would be “a slippery slope to Formula 2.”

Sprint was introduced on a trial basis for 2021 at Silverstone and Monza while a third experiment is scheduled to take place at Interlagos.

Formula 1 chiefs introduced Sprint after several years of discussions over potential shake-ups of the format. The concept of a reverse grid was twice rejected.

A full evaluation will take place after the last trial, with changes likely for 2022, but Szafnauer has asserted that reverse grids should not be on the agenda.

“I will support what the fans deem to be entertaining, however, I think reverse grid in Formula 1 is a big, big departure from what this sport was always about,” he said.

“And I personally wouldn’t want us to have this sprint race on Saturday turn into a slippery slope to becoming Formula 2.

“If that’s what the fans want, I’m wrong, let’s do what the fans want. But I don’t think Formula 1, the pinnacle of motorsport, should start entertaining weight penalties, reverse grid, all that kind of stuff.”

Szafnauer outlined that Formula 1 has to view Friday and Saturday as a whole in order to assess the relative merits of the revised schedule.

“I think Fridays are definitely better,” he said. “Then you’ve got to ask yourself is Saturday is also better? Then if that’s yes, we’ve got a better show.

“What you gain on Friday do you also gain on Saturday or do you lose a little bit and where are you total-total?

“I think the right thing is stay the course, do Brazil, then analyse the three. The second one doesn’t have the novelty [factor], neither will the third, so [we need to] look back at all three of them and then decide.”