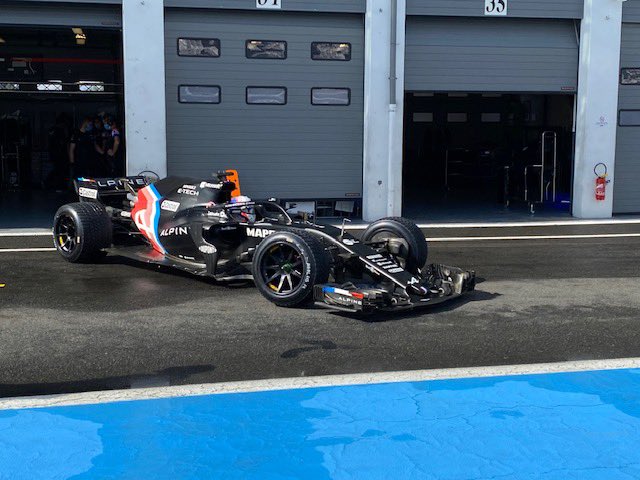 The Alpine reserve driver completed 91 laps in wet conditions at Magny Cours as part of a test to trial the Intermediate and Wet tyres.

The circuit hosted Formula 1’s French Grand Prix from 1991 through 2008 but has only since been used sparingly by the championship for tests.

Pirelli has carried out a series of tests throughout this year as it prepares for the introduction of the 18-inch tyres in 2022.

Kvyat, who started 110 grands prix for Toro Rosso, Red Bull and AlphaTauri, joined Alpine for 2021 as back-up to Fernando Alonso and Esteban Ocon.

“We finalised the development of the tyres and after Budapest we made an analysis on the result,” said Pirelli chief Mario Isola.

“We are quite happy with the next product, feedback from drivers was positive let’s see what happens with the new cars because, as you know, we develop the 2022 tyres with the mule cars that the teams supplied for testing.

“We are expecting higher loads with the new cars, so obviously this has an impact on the tyres.

“We are preparing the post-season test in Abu Dhabi where all the teams have the opportunity to test the final version of the product for next year and get important information and this is where we are at the moment.”